The Bishop of Derby, an international rugby star and a textile designer to receive Honorary Degree

The Bishop of Derby, a renowned textile designer, and an international rugby player, are to receive an Honorary Degree from the University of Derby this summer. 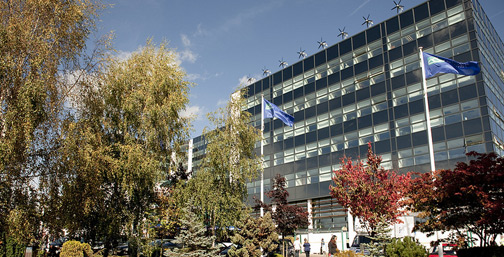 Each year, notable people with a strong connection to the University, the city and county, who have made a valuable contribution in their field, are chosen to receive an Honorary Degree at the annual Award Ceremonies – a highlight of the University’s calendar.

Thousands of students, guests and VIPs are expected to attend the Award Ceremonies, which will take place from Wednesday, July 18 to Friday, July 20, 2018 at Derby Arena.

The recipients this year are as follows:

Alastair Redfern has held the position of Bishop of Derby since 2005. During this time he has led the Diocese of Derby through significant changes and has established a range of key partnerships between the Church and the community. He is a member of the House of Lords and is the Church of England’s spokesman for international development. He is committed to the fight against modern slavery, having sat on the joint Parliamentary Select Committee for the draft Modern Slavery Bill and supported the legislation through Parliament until the Royal Assent of the Modern Slavery Act 2015.

Alan Gifford has worked in welding and quality management for over 40 years at International Combustion Ltd (ICL) in Derby. Responsible for engineering thousands of welds for numerous power station boilers and nuclear installations throughout the world, Alan introduced innovative welding techniques and formal quality standards to ICL. Alan was also a founder trustee of the Heage Windmill Society, a charitable trust, set up in 1996, which restored the mill to full working order in 2002.

Jonathan Joseph, who was born in Derby and began playing rugby at Derby RFC when he was 10 years old, currently plays for Bath Rugby and represents England on the international stage. He toured with the British & Irish Lions in New Zealand last year and took his place in the England squad for this year’s Six Nations.

Daniel Hanson is a clothing and textiles designer and professional design consultant. In 1989, he established his company ‘Daniel Hanson’ in Nottingham, which is now an international brand with a reputation for producing the best nightwear in the world. Daniel’s garments can be found in high end retailers such as Harrods in London and Bergdorf Goodman in New York, and his client list includes high profile individuals across the globe.

Steve Perez is chairman of Global Brands, a leading independent drinks business, and owner of Casa Hotel and Peak Edge Hotel in Chesterfield. In 2002, Global Brands was the UK’s fourth fastest growing company and Steve was voted CBI Entrepreneur of the Year. Since then, Steve has expanded into property, farming and hotels.

Kathryn Stone OBE, who was born in Derby and raised in Belper, has enjoyed a 40-year career in public service. She recently became Parliamentary Commissioner for Standards, an independent officer of the House of Commons overseeing the code of conduct and rules for MPs. During her career she spent 11 years as Chief Executive of the charity Voice UK, representing the rights of people with learning disabilities who were victims of abuse and crime. She was awarded an OBE in 2007 for her services to people with learning disabilities. She has also held the roles of Commissioner for the Victims and Survivors in Northern Ireland, Commissioner for the Independent Police Complaints Commission and Chief Legal Ombudsman of England and Wales.

Professor Kathryn Mitchell, Vice-Chancellor of the University of Derby, said: “I am looking forward to welcoming all of these special guests to our Award ceremonies in July, where they will have the pleasure of sharing the stage with our fantastic, hard-working students.

“The standard of Honorary Award recipients this year is excellent. Each one of these notable people has made an exceptional contribution in their field and to our region, and I am delighted to confer them with these honorary awards alongside our graduating students.”