And they can look forward to home advantage with the Championships being hosted at the new University of Derby Sports Centre, home of Team Derby.

It is the first time in 35 years that the championships will be staged in the East Midlands as event organisers Badminton England tour the Championships around England.

More than 130 of the nation’s best badminton players will take over the new University of Derby Sports Centre for a full weekend of top class, live badminton played out February 5-7. 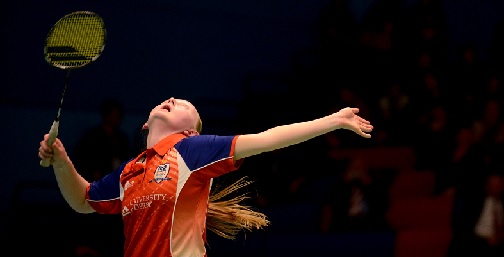 The Team Derby challenge for national titles will be headed by captain Rajiv Ouseph, who is looking to win back his national men’s singles title – the eighth of his career – after missing the Championships in 2015 due to injury.

The biggest surprise in the main draw is the presence of Team Derby fans favourite Andy Ellis who will partner fellow Team Derby team mate Chris Coles in the men’s doubles event.

Ellis, a previous national champion in men’s doubles, retired from top class badminton in November 2015 but wants another shot at national glory. His partnership with Coles has flourished in the AJ Bell NBL and fans can expect another all action performance from the Team Derby duo.

Tiara Samuel, Kate Robertshaw and Ollie Baczala will also fly the Team Derby flag at the English National Badminton Championships with Robertshaw likely to be seeded in the women’s doubles draw.