The University of Derby will be hosting an ‘An Evening With Jacqueline Gold CBE’ as part of a series of talks from inspirational figures on February 25, 2016.

As part of the event, Jacqueline will talk about her journey to the top, before rounding the evening off with an audience Q&A and ‘meet and greet’. The session will be the concluding part of the Women in Business event hosted by the University, which aims to address some of the issues affecting women in work.

Professor Kathryn Mitchell, Vice-Chancellor at the University of Derby, will open the event by chairing a panel debate exploring what UK businesses are doing to create opportunities for women.

The panel will be made up of:

Jacqueline Gold CBE is the Chief Executive of Ann Summers and Knickerbox and is renowned for managing a company run by women, for women. She began her career at the age of 21 when she started working for her father’s company, Ann Summers. Jacqueline has taken the company from strength to strength, implementing the Ann Summers Party Plan, launching the first Ann Summers high street store in 1993 and an ecommerce site in 1999.  She is widely credited for creating a female institution through the Ann Summers brand. 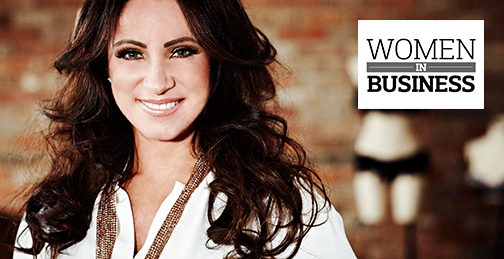 Ann Summers is now a multi-channel retailer with a gross annual sales turnover of over £150 million, 140 UK and Ireland stores, 7,000 party planners, a thriving online business and partnerships with brands including: ASOS, House of Fraser and Shop Direct.

Jacqueline said: “I am delighted to be taking part in the Women in Business event at the University of Derby, and in particular to meet the attendees who I am certain will be as passionate about business as I am. I have championed women in business for many years, and believe it’s vital that women are given an equal opportunity to succeed in business. I am in the privileged position to regularly work with many inspirational business women and I am excited to at this event meet the next generation of female business leaders.”

Additionally, Jacqueline has received many accolades, including:

Kathryn Mitchell is the University’s first female Vice-Chancellor and is one of 21 female Vice- Chancellors in the UK. She added: “This exciting event provides a forum for professionals to get together to address some of the challenges faced by women in business and an opportunity to hear from inspirational speakers and share best practice.

Petra Wilton, Director of Strategy and External Affairs at the Chartered Management Institute added: “Companies must adopt measures to unblock the talent pipeline that prevents all too many women from aspiring to and achieving senior management, director and CEO roles. I look forward to discussing these crucial business issues with the panel.”

The event is being held as part of a series of talks from inspirational figures.

Registration will open at 4pm, followed by the panel debate at 4:30pm and networking at 5:30pm finishing with ‘An Evening With Jacqueline Gold’ at 6:30pm.

The Women in Business event is part of a new programme of public events organised by the University of Derby. On March 11, 2016, local figures including Transport Secretary Patrick McLoughlin MP and former Foreign Secretary Dame Margaret Beckett MP, will take part in a debate on Britain’s membership of the EU.

International speaker and University of Derby honorand Richard Gerver will be hosting ‘An Evening With’ on April 21, 2016.