The (sometimes rocky) path to university

Applying to university can be a stressful time. I know that it can seem like the scariest thing in the world at times, but the important thing to remember is that you aren’t alone. And things will always turn out the way they’re supposed to.

Applying to university is merely the first step, one that many of you will have done by now. And now I’m sure that you’re thinking about the next steps, what comes next, how will you settle into university life? How can you cope with any changes life throws at you?

I’m hoping that this blog post will show you that you’re not alone and that, sometimes, even if things don’t go as planned - it will work out.

While I was doing my A-levels, it seemed as though everybody else knew what they were doing and had some idea of what to study at university. At times it felt like everybody knew what they wanted to do but me.

If I’m being honest, I began to fill out my UCAS application simply because it’s what everything else was doing. I couldn’t help feeling that I wasn’t ready. I needed more time. And then, something catastrophic happened ... I didn’t get the results I needed in my AS-levels. So, I had to rethink my whole gameplan, and do an extra year of study. I was suddenly a year behind the peers I had spent my school life growing up with, put back with students who were only just beginning their A-level journey instead.

At the time, it seemed like the worst thing in the world had just happened to me. I was stressed, nervous, and felt like everything was going wrong! But now, looking back, it was exactly what needed to happen.

For the first time, I wasn’t caught up in the rush of applying to universities and staying in time with my peers. For the first time, I could take a moment, I could breathe, and I could think. I took the extra year I had to do some soul searching. For so long I thought I knew what I wanted, but now all that was turned upside down. My results prevented me from studying the sciences which were foundational to a career working with animals. And so, my sights turned from science to English and writing. Both things I loved but had never given the space to consider, feeling as though I had no option other than working with animals as an end goal. But English and creative writing offered the idea of studying what I was actually good at and enjoyed.

The relief I felt when I came to this decision was unparalleled. All of a sudden, it seemed that things fell into place, and I was exactly where I was supposed to be. That didn’t mean that the nerves were gone, of course! There was still the matter of applying to universities and waiting for responses back, but I finally felt I was doing the right thing.

After navigating the process of applying to universities through UCAS, putting in all the qualifications, writing the dreaded personal statement, the most excruciating part was certainly the waiting.

The first thing I would do every single day was check my emails over and over again, in the hope that I would have an offer waiting for me. And, for me, that was the hardest part. I knew that I had set off on the right path but now things were out of my hands.

And then, finally, I got the email I’d been waiting for. I had been granted a conditional offer to study at the University of Derby.

To begin with, I was worried about how I would settle into university, how well I would fit in with my new university peers. Would they know I had to do an extra year studying A-levels? Would they think I shouldn’t be studying? My own struggles with mental health did nothing to reassure me on those fears, as it always happens, once one fear is shown to be unfounded, the next, inevitably, immediately starts. But, thankfully, the answer to the two questions was a resounding no.

First of all, there were students of all different ages studying my same undergraduate degree, and honestly nobody considers how old you are. You’re all peers, or colleagues even, at university to study what you’re passionate about. Secondly, I never had a moment where I felt my peers were judging me. I was accepted and felt I had truly found where I was supposed to be.

I got through my undergraduate degree, and sure it was stressful at times, but I loved every moment of it and have made lifelong friends. Looking back, it now seems like failing those AS-levels was the best thing that could have happened to me. I can truly say that I’m happy where I am, embarking on my new journey of studying towards a masters degree, aiming for a career in creative writing.

The most important thing I want everyone reading this to take with you on your university adventures is that you do belong here. You’ve worked so hard to get to this point and ultimately everything will work out the way it is supposed to. You will receive the support you need and deserve, both from the university and from your new colleagues.

Doubts are completely normal, as are concerns and worries and, at times, it can seem like bad grades or a forced change of plans can be the worst thing in the world. But perhaps it can be the start of something new, and just the first step on your next big adventure. 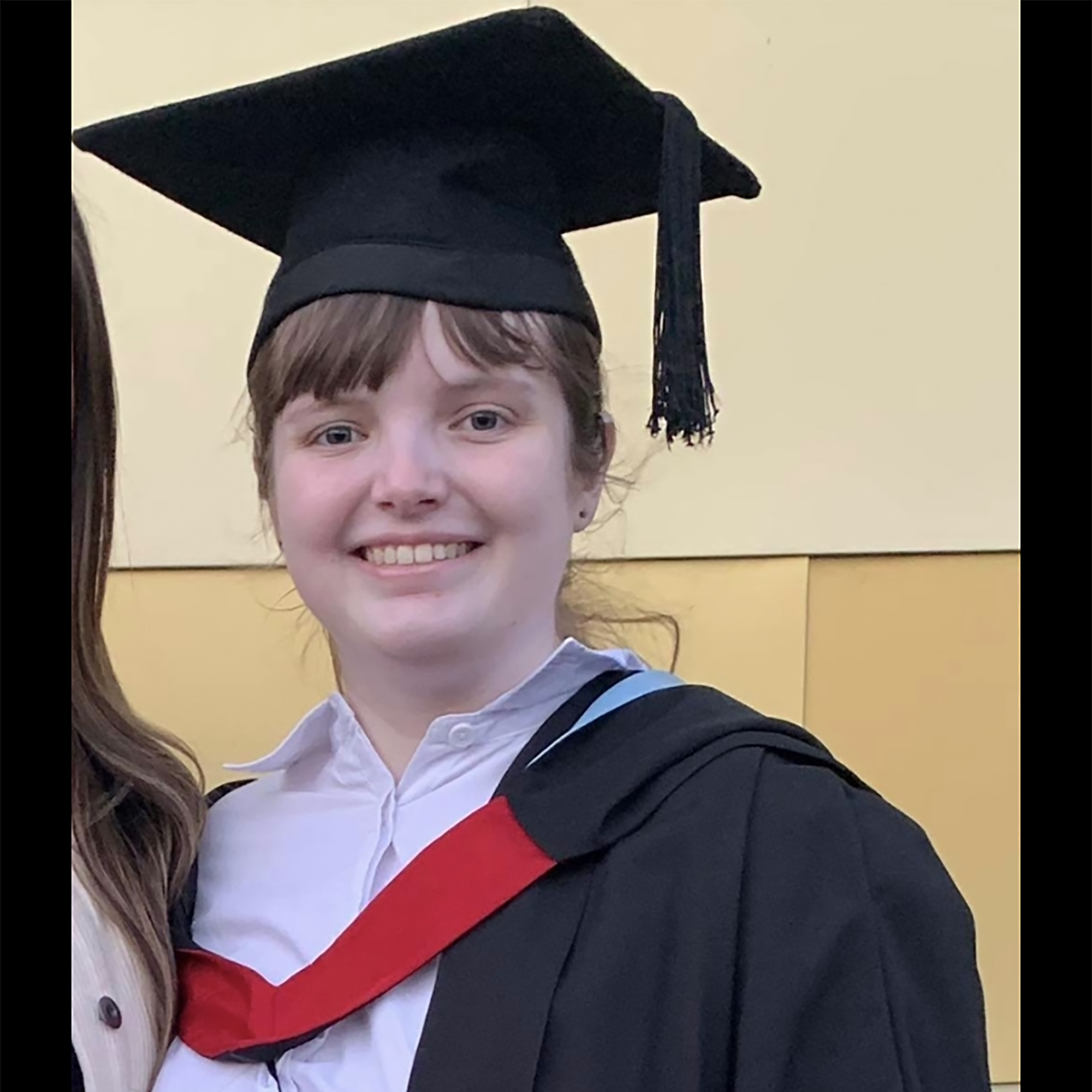 I am currently working towards a Master's degree in creative writing. For work I am a freelance writer, steadily building a portfolio of published work. In my spare time, I love to read and write and am hoping to publish a novel. And of course, I love to go on plenty of walks with my dog!