Researchers from the University of Derby are leading a major new international effort to ensure the long-term future of the world’s lagoons and the communities that depend on them.

The Resilient Lagoon Network (RLN) aims to understand and address a complex set of interconnected problems central to the sustainability of ecosystems, economies and everyday lives.

Lagoons provide an array of fundamental, valuable resources essential to the wellbeing of coastal communities in regions such as West Africa and elsewhere in the global South.

But they are under mounting pressure from issues such as population growth, pollution, poor sanitation and climate-change-related threats such as sea-level rise and erosion.

“We want to provide an international platform for tackling these problems.

“As well as facilitating knowledge transfer, we believe it’s vital to unite policymakers and practitioners with people – that is, those who actually live and work in these threatened communities.”

The team at the heart of the RLN draws from academia in the UK and Africa, with specialists in fields such as geology, ecology, coastal engineering, development studies and public health.

African partners include universities and other organisations from countries such as Ghana, Lagos and Bénin. Further relationships are being developed in Asia and the South Pacific.

“We want to develop a shared understanding of their lived experience and give them a voice.

“It’s crucial that we work in a collaborative environment and co-create the adaptations that could halt the environmental, societal and economic decline of lagoons and deliver positive change.”

For more information get in touch with Sian at s.davies-vollum@derby.ac.uk. 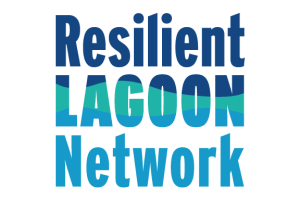