The University of Derby is holding a themed family day at its Kedleston Road site on Saturday 30 June to celebrate Armed Forces Day and the 100th anniversary of the RAF. 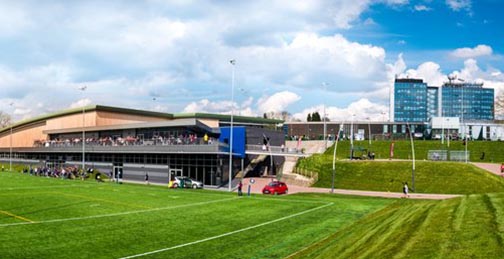 The free public event will combine fun attractions for younger visitors, such as Army vehicles, exotic animals and family craft sessions, with educational and interactive workshops and guest talks from local charities and groups.

The celebrations have been organised by the University's Student Action for Armed Forces Communities (SAAFCO) society and the About Turn course, which will be running free taster sessions on careers in the health and social care sector for members of the Armed Forces community on the day.

There will also be stalls from various organisations including Skillsforce for Veterans, ABF The Soldiers’ Charity, Combat Stress and the Royal British Legion, providing information on the support and opportunities available for Armed Services personnel and their families.

As a forces-friendly organisation, the University received just under £19,000 last year from the Local Grant Covenant Grant Fund to support veterans wanting to pursue a new career in the health and social care sector. At the event, workshops run by specialists from the College of Health and Social Care will give an insight into new career paths such as nursing, social care, therapies and radiography.

The family day will also commemorate the University’s signing of the Armed Forces Covenant in 2017 – a promise from the nation that those who serve or have served in the Armed Forces, and their families, are treated fairly.

Dr Paula Holt, Pro Vice-Chancellor Dean of the College of Health and Social Care – and former British Army Officer – is championing the University’s work to support the Armed Forces community. She said: “Our Armed Forces Day event is a celebration of the contribution members of the Services make and an opportunity for us to show them our support.

“Because most veterans leave the Services relatively young, higher education can be a really effective way for them to step into another profession. I hope our family days will be valuable for those veterans who are ready to return to civilian life, signposting them to opportunities to pursue new careers in health and social care.”

A second family day will be held at the University’s St Helena Chesterfield site on Saturday 7 July.

The celebrations are particularly significant as this year marks the 100thanniversary of the Royal Air Force. To celebrate the centenary, the University is a featured patron in a specially-commissioned commemorative album produced in support of the RAF100 Appeal. The aim of the Appeal is to raise money for the RAF family through events and activities and to create a lasting legacy nationally.