Study presents link between smartphone use and exposure to nature

A team of academics at the University of Derby has conducted the first study into the link between smartphone use, the number of selfies a person takes and how connected they feel to nature – and what this means for their health and wellbeing. 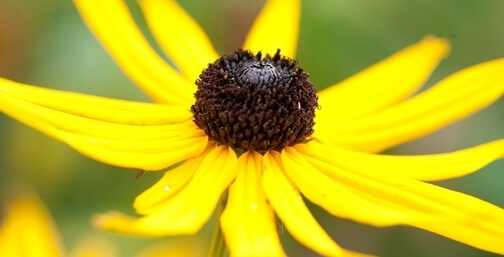 With Britain now a ‘smartphone society’ (68 percent of adults currently own a smartphone), concerns about our disconnection from nature have significantly increased. Being connected to nature – whether that’s spending time outdoors or understanding how our actions affect the natural world – is a government policy ambition announced in January as being good for both our health and the environment.

The research, led by Dr Miles Richardson, Director of Core Psychology Programmes, and Dr Zaheer Hussain, Senior Lecturer in Psychology, in collaboration with Professor Mark Griffiths at Nottingham Trent University, showed that greater smartphone dependence was linked to a lower connection with nature and higher anxiety.

Excessive smartphone use has also been associated with social, behavioural and emotional problems, which in turn can lead to problematic smartphone use among a minority of individuals – thought to be around 10 percent of British adolescents.

Symptoms of problematic smartphone use can include interference with a person’s education, work or personal activities, changes in their emotional state and withdrawal symptoms if their phone use is prevented.

The study looked at 244 smartphone users, mostly from the UK, with a mean age of just under 30 and comprising just over 61 percent female participants. An online survey asked them about three psychological areas including anxiety, problematic smartphone use and how connected they felt to nature. In addition, they were asked about the amount of time they spent on their smartphones and how often they took selfies and nature photography.

The results showed a link between anxiety, the time participants spent on the phone and the number of selfies they took. Those reporting a higher connection to nature had significantly lower smartphone use scores, spent less time daily on their smartphones, took fewer selfies, and more pictures of nature.

Taking selfies was, therefore, an important predictor of a person’s decreased connection with nature. This may be due to increased self-interest and self-admiration in those who take the most selfies, in contrast to traits of openness and self-reflection, which are more likely to provide an understanding of their shared place in the natural world and increased connectedness to nature.

Dr Richardson said: “Smartphones play a big part in many peoples’ daily lives and reflect and shape their attitudes, behaviour and culture. Smartphones have become a necessity for many people, which for some individuals can lead to dependent use.

“Further research is needed into the impact of smartphones on both well-being and people’s connectedness with nature. The study showed that there is a link between problematic smartphone use and reduced nature connectedness, but the exact nature of that relationship remains unknown.

“It could be that interventions for increasing nature connectedness provide a solution by lowering problematic smartphone use, or that higher problematic smartphone use has a negative impact on nature connectedness, with resulting negative effects on well-being and pro-environmental behaviours. The results of this study demonstrate that there is a need to examine these relationships further, and confirms that people’s relationship with technology and nature matters.

“Nature connectedness is associated with a wide range of wellbeing benefits, including life satisfaction, happiness, higher self-esteem and mindfulness. In fact, feeling connected to nature has been shown to have the same positive impact on wellbeing as personal income, marriage and education.

“The message is that if you want to stay well, use your smartphone in moderation and build it into a more balanced and nature-connected lifestyle where you use technology to help you stay in touch with nature. This could be through using it for nature-related activities such as nature photography, for example, rather than for taking selfies.”