A new study by an international team of academics, including a senior lecturer from the University of Derby, has shown that drinking a supplement containing deep ocean minerals could provide significant benefits to middle-aged men both during and after intensive exercise.

The research studied the cerebral hemodynamic response (brain blood flow and therefore how much oxygen was available to the brain) during high-intensity cycling in men taking the supplement compared to taking a placebo. Only men were recruited for the study to avoid the influence of menstruation on the results.

Testing was undertaken by the University of Taipei and overseen by Professor Chia-Hua Kuo, who wrote the paper with Dr Matt Higgins, Senior Lecturer in Sport & Exercise Nutrition at the University of Derby. The team collaborated with Pacific Deep Ocean Biotech, who have developed innovative new technology to mine and filter the minerals from up to 650m deep.

Deep ocean minerals, which contain over 70 minerals and trace elements, are made from desalinated and filtered water taken from deep in the West Pacific Ocean, where sunlight is barely detectable. Purified tap water was used for the placebo. 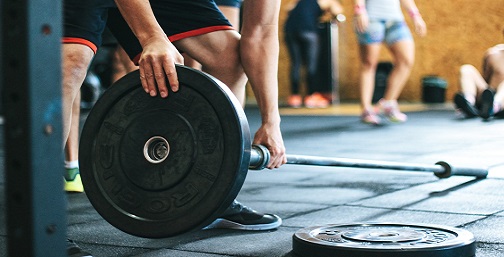 In the study, orally consuming deep ocean minerals was shown to markedly enhance the cerebral hemodynamic response (as measured by total tissue hemoglobin) after 15-20 minutes exercise in the nine middle-aged men tested, compared to the placebo. The response was more pronounced in this group (average age 47) than the 12 younger men tested (average age 21).

Although the cerebral hemodynamic response naturally increased during exercise in younger men, the study also showed that deep ocean mineral supplementation enhanced the effect even further after five and 10 minutes of high-intensity cycling.

Dr Higgins said: “Vascular function is known to deteriorate with age, which might have negative consequences for cerebral hemodynamics during exercise. Deep ocean minerals have been reported to have protective effects on vascular function in various animal studies but until now there has been very little work to investigate the effect on humans.

“A growing body of paleobiological evidence suggests life on earth might have originated from the deep oceans, and indeed the minerals from the deep ocean have been proposed to contain life’s embryonic source of chemicals and energy.

“The minerals within the deep oceans don’t exist in surface sea water (up to around 200m) due to the process of photosynthesis and are therefore essentially absent from our current water supply. The study showed that reintroducing these minerals to humans in the form of a supplement could have significant biological advantages.

“Deep ocean minerals represent a promising nutritional aid to facilitate greater benefits, including protective effects and enhanced metabolism in the brain during and post-exercise, throughout the ageing process.”