Law and criminology students are challenging the justice system by investigating miscarriage of justice cases within the UK and internationally at the University of Derby.

The initiative called ‘Justice for all’, draws together expertise from criminology, law and forensic science to examine cases that may be considered miscarriages of justice - whereby somebody had been wrongly convicted, or where it was felt the original investigation did not adequately examine all the facts.

As well as looking at miscarriages of justice, the students have also been looking into ‘open verdict’ cases, whereby the jury confirms the death is suspicious, but is unable to reach any other verdict open to them, as well as deaths abroad, where there has been no inquest or the deaths were not adequately investigated and many questions remained unanswered for families.

The University also works with charities around the UK, including Murdered Abroad, to investigate deaths that occur outside the UK to establish what happened and provide answers for families.

Tony Blockley, Lecturer in the Psychology of Criminal Investigation, and David Hodgkinson Lecturer in Law from the University of Derby, implemented the module.

He said: “I have worked with numerous families in the UK of victims of murder and manslaughter and it became apparent to me that there really was a lack of support once the case had reached an open verdict. This lack of support was even more so when the death had occurred abroad and there had been no inquest in the UK, where do families in these situations turn to?

“If someone from outside of the UK dies here in the UK the police provide a full investigation to find out what happened, but if someone from the UK dies overseas UK police forces do not get involved as it is not in their jurisdiction. The service families get from non-UK police forces can sometimes be poor, misleading and, unfortunately, does not constitute an investigation - a miscarriage of justice.

“Having worked with Murdered Abroad on a number of cases, I thought it would be great to develop the opportunity within the University to help the families and to give our students some real life experience.”

As part of the Justice for all module, students have worked on a number of cases including Denyse Sweeney, who died in Goa in 2010. The Indian authorities said her death was drugs-related but a UK pathologist came to the conclusion it was due to a head injury. At an inquest (in 2012 in Derby), a toxicology report revealed there were no drugs in her system and the probable cause of death was a head wound. Following the work by students and the case featuring on BBC Inside Out, the Indian authorities re-opened Denyse’s case.

More recently, the students have been working on a case involving a woman who died in Italy in 2014. Claire Martin had multiple stab wounds to her neck and the Italian authorities closed the case as a suicide. Following the work by the students and other specialists, the evidence indicated it was murder. The investigation will be featured on BBC Inside Out tonight (February 27, 2017)featuring students from the University of Derby. 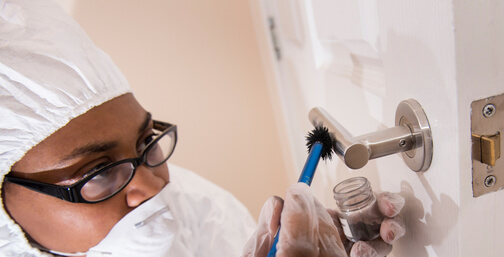 Tony has met with Claire’s family several times and discussed the case. He said: “Working closely with the Martin family, we were able to analyse the case and provided questions for the family to raise at a recent meeting at the Foreign and Commonwealth Office (FCO). Highlighting the inadequacies of the original investigation in the hope that the FCO will urge their Italian counterpart to re-open and investigate the case as murder. Failing that, we will seek legal remedies to ensure justice is sought for Claire”.

Around 4,000 British nationals die overseas each year. Around 100 of these are definite homicides. There will also be “suspicious deaths”, accidents, and many initially “unexplained” deaths, as well as natural causes.

During the module the students are able to utilise the University’s £410,000 Forensic Training Facility. The custom-built facility within, what looks from the outside, to be a normal four-bedroom house includes a bedroom, bathroom, office, shop, garage, living room and a blood pattern analysis room. The house is fitted with state of the art CCTV, audio-visual equipment and other technology allowing tutors to monitor students from a distance, so they can work crime scenes independently in a real-life setting.