Fresh from coaching the Great Britain women’s hockey team to a gold medal at the Rio Olympics, Craig Keegan will join the University of Derby next month as its new Sports Performance Manager.

Speaking about the role, Craig said: “After 10 years in high performance coaching, I was ready for a change. The position at Derby, with their fantastic facilities, offers the perfect challenge. 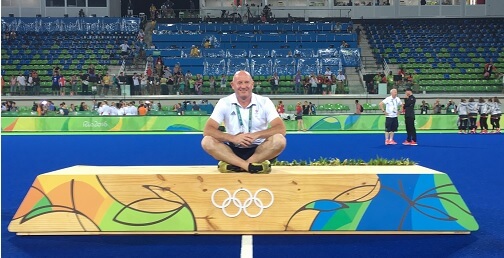 “Having coached at Olympic level, I want to pass on what I have learned and inspire the next generation of student athletes here at Derby and in the city.

“I have lived in Derbyshire for more than 20 years, and feel part of the community. This role gives me the opportunity to further strengthen my links in the area.”

Ollie Shearer, Head of Sports Development, added: “We’re excited to recruit Craig to lead on the performance aspects of sport here at Derby; it is further testament to our ambition of being a university which is serious about sport.

“We have worked with our academic colleagues to create a collaborative performance environment and we are optimistic about the future of sport at the University.

“The experience and enthusiasm that Craig brings will allow us to drive the performance area forward creating a winning culture, which sees Derby challenging regularly for the top honours across multiple sports.”

Craig will join the University of Derby in his new role as Sports Performance Manager on February 1, 2017.

Find out more about Sport at the University of Derby.