Holidays should be a right – not just a privilege, tourism conference is told

Being able to go away on holiday should be a right and not just a privilege, the University of Derby’s Spa, Tourism and Wellness Conference heard today (February 13).

And giving a break to families on low incomes and people with disabilities and illness would help the taxpayer by reducing the UK’s health and social care spending  – as well as boosting the domestic tourism industry in the off-season, said Professor Scott McCabe, of the University of Nottingham.

Professor McCabe, whose early research was funded by the University of Derby, outlined the difference between Britain’s attitude to what is now called social tourism to that in France, where the Government ensures people on low incomes get a holiday. 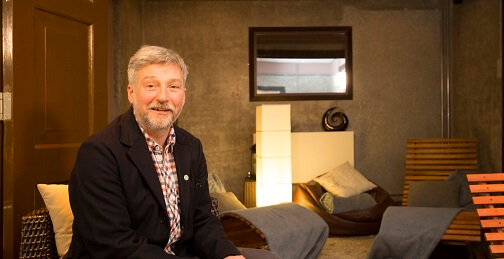 In Italy, unions run social tourism projects, and in Denmark, holidays are used by Government agencies to tackle health problems, including drug addiction.

Professor McCabe said: “In Europe there is this idea that there is a right to have a holiday.

“We don’t share that view in the UK, but maybe we should start talking about that as a consequence of the globalisation and the huge gaps emerging between the rich and the poor.”

In Britain, social tourism is mainly provided by small charities, although a Government-backed charity, the Family Fund - set up in 1979 to help disabled children - was now finding that it was being increasingly asked to supply holidays instead of items such as washing machines and home adaptations.

Forty-one per cent of the families helped by the charities in Professor McCabe’s research had never been on holiday – and one family in London had never seen the Thames even though they lived two miles from the river.

His research had shown that a holiday away increased mental and physical health and self-esteem.

Professor McCabe added: “The devolved government in Scotland are really talking about how you can use social tourism to achieve healthier outcomes for people and also reduce the burden to the State of social and health care.”

In Spain, senior citizens are assisted in taking holidays outside the high season, boosting Spanish tourist businesses and making jobs in the sector more sustainable in a way which could help the UK sector.