A University of Derby student is bringing back Buxton’s hey-days as a cutting edge rock festival venue with a line-up in the Dome led by an up-and-coming Liverpool band.

Charlie Brewer’s Dome Fest will have all the feel of a big festival – but without the rain, mud and cold – when it opens its door on March 4.

He managed to book indie rockers Polar States – a band championed by BBC Radio 1’s Huw Stephens and Steve Lamacq of Radio 6 – as they were putting together a UK tour to coincide with the release of their new record.

Also on the bill will be Nottingham’s Ashfield, Scruffy Bear from Manchester, The Templars from Stockport and Buxton’s own Oliver Lindop, who will play acoustic guitar – all for £5 a ticket. 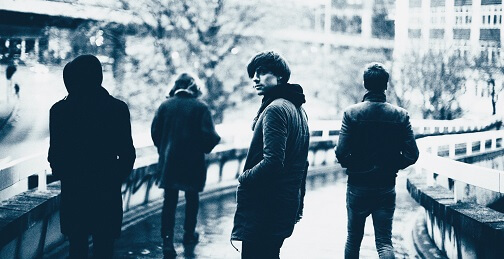 Buxton in the late 1960s and early 1970s hosted many up-and-coming bands in indoor festivals in the Pavilion Gardens Octagon and later some rock giants at an outdoor festival at Brandside, including Steppenwolf, Chuck Berry, The Faces and Humble Pie.

The Dome floor will be split into performance, merchandising and food areas, just like a big outdoor event.

“It could be minus four degrees outside but no-one will care,” said Charlie, who is studying for a BA Hons in Events Management.

The Dome is such a unique venue that Charlie says bands will play there in order to get striking images for their social media publicity, and he’d like to see the town get rocking again as there is a gap in the market.

Buxton is a great place for an Events Management student in its own right: “If you were at a bigger university you wouldn’t get these opportunities, which is a big bonus,” said Charlie.

“I want to do as many events as I can so that in three or four years I can show a major music label what I’ve done.

“Or if it all goes well, I could just keep putting on events.”