Jasvinder Sanghera CBE has been educating more than 500 students to raise awareness of honour based killings at the University of Derby.

University Honorand Jasvinder set up a charity in 1993 called Karma Nirvana, which supports victims of honour crimes and forced marriages. In the last two years, the charity, has received over 300 calls to their helpline from victims in Derbyshire.

Since September 2015, Jasvinder and her team have been visiting the University to raise awareness of honour abuse to students in the College of Education.

The series of lectures have been delivered to Initial Teacher Education (ITE), early years, primary, secondary and post-14 students in order to enable them to ensure they can identify abuse and implement the correct safe guarding.

The initiative has been led byFiona Shelton, Head of Department for Professional Studies, at the University of Derby. She said: “Jasvinder and her team have been instrumental in working closely with our education students in order to share their knowledge of honour abuse.

“While we hope this isn’t something that occurs for our students and their pupils, it is essential to raise awareness of honour abuse in order to ensure the correct safe guarding procedures are in place.

“It would, of course, be great for Jasvinder and her team to continually visit the University but we appreciate this isn’t feasible forever so we are extremely grateful that more than 30 members of staff from the College of Education have also been trained so we can maintain this for years to come.”

Jasvinder said: “Education is key in order to raise awareness and address the ongoing issue of honour based killings. We know education is at the heart of prevention and have developed and implemented a plan of action with the University of Derby. 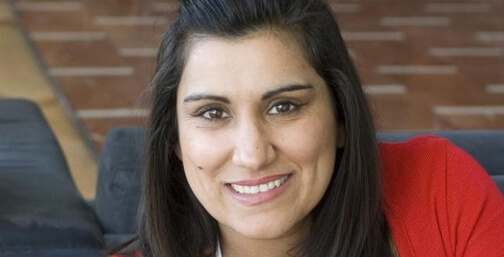 “This has involved a range of activities including presentations to final year education students, who will be the teachers of tomorrow. Furthermore we have trained lecturers so they are able to support those at risk.

“We are working to develop a module in forced marriage and honour abuse to embed these abuses as a safeguarding issue.

“The University of Derby is pioneering these issues and my hope is that others will follow.”

Jasvinder will also be returning to the University of Derby on Thursday May 18, to give a free guest lecture and book signing, which is open to the public.

The lecture will include:

Jasvinder is well known as a Sunday Times Bestselling Author for her ‘Shame’ biographies, which she will be available to sign after her guest lecture.

She has also been awarded:

The University’s College of Education recently upheld its excellent reputation for outstanding teacher training after being awarded the highest accolade from Ofsted (the Office for Standards in Education) in their latest inspection. The College was also listed in the top three for undergraduate teacher training in the prestigious Good Teacher Training Guide.

The event will start at 1pm-3.30pm at the University’s Kedleston Road site.