Wedding bells ring for two students who met at University

Two University of Derby graduates are set to marry this summer in Derby, just a stone’s throw from where they met 10 years ago.

Adam Townsend, 29, and Alexandra Lomas, 28, who now live in Burton, will tie the knot on August 19 at Saint John the Evangelist, in Derby. The church is conveniently next door to the University’s student accommodation, Princess Alice Court, where the couple met in 2006.

Adam, who studied a Joint Honours in English and Media Writing, now works in retail management while still writing articles and doing freelance work. Alexandra studied Creative Writing and currently works as a Digital Content Manager at a healthcare organisation.

Reflecting on their time together at the University, Alexandra said: “Adam and I discovered that even though we were the opposite of each other in nearly every way, our values and honesty were the things that tied us together. Adam is very sweet, completely unselfish and has a wicked sense of humour.” 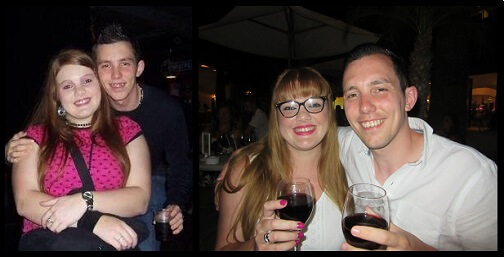 Speaking about Alexandra, Adam added: “She was the first girl I spoke to at University and we instantly connected. I’m absolutely delighted to say that this year, nearly 10 years to the day, we’ll be married.”

The couple both admit it hasn’t been all flowers and hearts though. Last year, Adam’s mother Mary passed away suddenly from heart complications and having known how excited she had been about their engagement, they decided to start the wedding plans.

In recognition of the decade they’ve been together, the couple will have 10 tables arranged through the years, adorned with photographs and mementos – the top table will represent 2016. They’ve also chosen pins from the British Heart Foundation for wedding favours in memory of Adam’s mother and Alexandra’s father, who died of coronary thrombosis when she was 16.

“Derby will always be special to us - not only did we find each other there, we also found the tools we needed to succeed in our careers from our time at the University. We’re coming back to where it all started.” said Alexandra.