The University of Derby magazine has won ‘External Stakeholder Publication’ of the year at the Institute of Internal Communications (IOIC) Central and North Awards.

The awards, which took place on February 26, 2016 recognise and celebrate best practice in internal communications.

The magazine, which is produced completely in-house by the University’s External Relations team, was launched in November 2014, and is available in print format as well as online.

Rosie Marshalsay, Head of External Relations and Editor of the magazine, said: “We're thrilled to have won an award for the University of Derby Magazine.

“Producing the magazine is a real team effort involving several members of staff in the Marketing and Communications department.

“We know from feedback we've received that it's highly regarded by our external stakeholders so to have it recognised by industry peers is fantastic.” 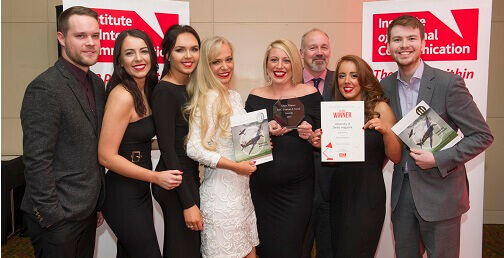 The publication is designed to showcase the partnerships the University has with organisations across the city, region and further afield. It also looks at some of the fantastic work their students, graduates and staff do.