Trevor honoured for pioneering partnerships which took the limits off learning

A passion for giving people a second chance to change their lives through education has brought an honorary degree from the University of Derby for former Chesterfield College Principal Trevor Clay.

Given the job of responding to criticism by Ofsted that the College wasn’t doing enough to engage with local employers, Trevor appointed an entirely new team trading as Learning Unlimited which turned a commercial focus on the problem.

And after six years of creating partnerships with the area’s small to medium enterprises (SMEs), the number of apprentices grew from 359 to 5,200 – most of them 16  to 18-year-olds.

“What I’m passionate about is the role of FE,” he said. “It is often the second, third or even fourth chance for people who have perhaps not done so well in their early life. It’s often seen as a Cinderella service of education and that’s perhaps because politicians and decision-makers have never encountered FE themselves.”

Chesterfield’s specialised SMEs are the back-bone of its economy, and by growing its partnerships with local firms, the College helped the resurgence of the area’s manufacturing and engineering industries. 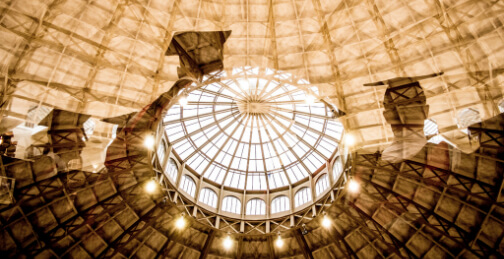 “That’s a real success story,” said Trevor, who won the honorary Doctorate of Education for his commitment to the provision of high quality further education through his contribution to the success of Chesterfield College and its impact on the local community.”

Born in Nottingham in 1956, Trevor went to school in Hucknall and wanted to teach sport, although his first lessons taught him that he enjoyed playing it more.

His work at Nottingham Trent Polytechnic, Arnold and Carlton College of Further Education (FE) and New College Nottingham led him to Chesterfield College where he became Director of Corporate Services in 2000, then Deputy Principal and finally Principal and Chief Executive from 2011 to 2014.

Chesterfield College was awarded the Association of Colleges (AoC) Beacon Award for Innovation in Further Education 2012/13 and Ofsted identified the College as an exemplar of good practice for employer engagement and curriculum planning.

Each year notable people, with a strong connection to the University or to the city, are chosen to receive an Honorary Degree at the annual Award Ceremonies, when the University’s students graduate after completing their courses.

Trevor will receive his award in front of hundreds of students, guests and VIPs at the Buxton ceremony on Saturday, November 12.