Ouseph will travel to the games as Team GB’s number one singles star after a tough competitive calendar saw him qualify with relative ease ahead of the games this summer.

Speaking ahead of the games, Ouseph said: “I’m very happy to have been selected for Team GB. It has been a long, tough year in terms of tournaments but now I can concentrate on actually competing.

“I’m excited to qualify for my second Olympics having been to London 2012 and had a taste of it there. I just can’t wait to get started and travel to Rio.

“The plan between now and the start of the Olympic games is a full training schedule. The aim is to get stronger and fitter so I’m in optimum shape for Rio.”

Marcus Ellis will partner up with Surrey Smashers’ Chris Langridge as he aims to progress in the games. He said: “Between now and the start of the Olympics it will be fairly hectic. We’ve had a busy qualifying period so we’ve had a break recently which has put me in a good place ahead of the next seven weeks before we depart. 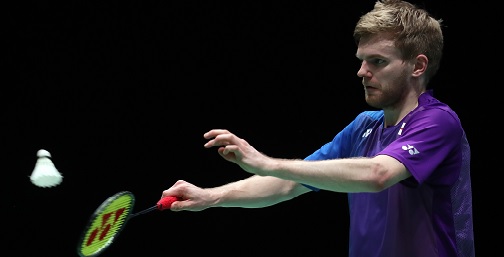 “It’ll be great to be in the NBL with Lauren and Raj, who I’m good friends with, and I think it’s fantastic that Team Derby are so well represented in Rio.”

High profile addition Lauren Smith will compete with Birmingham Lions’ Heather Oliver in the women’s doubles event at her first Olympic Games. The Team GB star is looking forward to finishing her remaining competitions and training before flying out to South America.

“Heather and I are playing in Canada next week, we’re all feeling really fit and in good shape so it will be nice to put it into practice on court.

“I think the team atmosphere will be really enjoyable this year, and I love watching Raj and his flair and Marcus and his speed on court. This will be a great springboard into the new NBL season.”

Team Derby won the inaugural NBL and made the semi-finals in last year’s play-offs. The next NBL season will start on October 17, 2016 and Team Derby’s first match will take place on November 7, 2016 against Bristol Jets.

For more information about Team Derby and the National Badminton League, visit: www.teamderby.com.