A student who left school with no qualifications and battled with dyslexia has gone on to set up her own business and will graduate with a First-Class Honours degree at the University of Derby today (July 15, 2016).

Sarah Chapman, 32, from Derby is now the Managing Director of Operation Diversity despite ongoing difficulties she faced with education.

Operation Diversity is a multi-disciplinary project enabling children and adults with dyslexia and other specific learning differences to reach their full potential. The organisation provides assistive technology, resources and support to people with dyslexia and their families. It also educates and trains employers to demonstrate the benefits that embracing neuro-diversity can bring.

Sarah will graduate with a BA (Hons) in Education Studies with Special Educational Needs and Disabilities (SEND).

Sarah is an ambassador for the British Dyslexia Association (BDA), motivational speaker and Inclusion Consultant with a deep rooted interest in the fields of dyslexia and other Specific Learning Differences (SpLDs).

Described as a role model in the dyslexia battle, the mother-of-two has gone on to help thousands of people with dyslexia.

Sarah said: “I pride myself on empowering and inspiring children and adults whose brains are wired differently, have physical disabilities or impairments and challenges with mental health.

“Having had a horrendous experience in education myself, as a result of unidentified dyslexia and Irlen Syndrome, like many before and after me, I left school with no useful qualifications. This changed significantly however, at age 26 when I turned my life around when expecting my first child.

“Before I came to University I was living in poverty petrified of being a failure for my unborn baby. I was written off by the education system and my parents, I was deeply unhappy and honestly believed that I would never amount to anything.

“Since then I have gained a raft of qualifications and now I use my knowledge and experiences to train and advise learners, parents, educators and employers.”

Trevor Cotterill, Lecturer in Education Studies and SEND at the University of Derby, who taught Sarah said: “In the first few months of teaching Sarah it was great to see her develop and realise that she could succeed, this was just at the start of her journey and what a journey she has had. 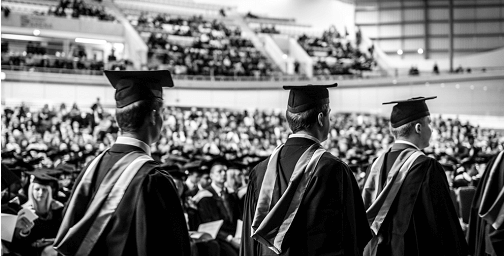 “Not only has she come out with a First-Class Honours degree, she now heads up an organisation to support people and their families living with dyslexia. She has won multiple awards as well as being an author and mum. It tires me out just reading all the success she has achieved since the FE student who, as she put it, 'battled the demons!’”

Sarah added: “It feels amazing to know that I have achieved what I have. My grades were the result of a lot of hard work and I have no intention of stopping anytime soon.

“I feel incredibly proud of myself. I always knew that I had the potential to be successful deep down but it took a little while for me to develop the confidence and belief to really go for it.

“I would never for a second would have thought I would be where I am now. I have my own company which is already going from strength to strength and I have taken on my first employee this month.

"I only hope that I can inspire others to give education another chance and allow it to turn their lives around for the better, like it did mine."

Sarah has won many accolades, including:

Sarah is also publishing a chapter in the British Dyslexia Association Handbook this month.