The owner of Derby County Football Club and a Hollywood actor are to receive an Honorary Degree from the University of Derby this summer.

Each year notable people, with a strong connection to the University or to the city, are chosen to receive an Honorary Degree at the annual Award Ceremonies, which is when the University’s students graduate after completing their courses.

Thousands of students, guests and VIPs are expected to attend the Award Ceremonies which will take place on Thursday, July 14 and Friday, July 15, 2016 at Derby Arena.

Derby County Football Club owner Mel Morris was born in Littleover, Derby and attended John Port School, in Etwall. Since then, the businessman has developed world-renowned computer software and launched a series of companies – including dating website Udate and internet security firm Prevx.

He was an early investor in King Digital Entertainment Plc, the firm behind mobile gaming app Candy Crush Saga and is the founder of MSTART Medical, Sports and Research Technology Trust. He is also a Platinum Patron of the Prince’s Trust.

Derby-born actor Jack O’Connell, 25, started his acting life in productions at Saint Benedict School and Performing Arts College, in Derby, and is now making a career in Hollywood.

He received the ‘New Hollywood Award’ at the Hollywood Film Awards in 2014 for the major studio picture, Unbroken, directed by Angelina Jolie. 2015 saw him receive the prestigious BAFTA Rising Star Award for his impressive body of work, marking him as one of the UK’s most exciting young stars.

His most recent film work includes the Jodie Foster directed film Money Monster starring opposite George Clooney and Julia Roberts and the upcoming film HHhH, which will be released later this year.

Professor John Coyne was Vice-Chancellor and Chief Executive of the University of Derby from 2004 to 2015.  He served a wide range of county, regional and national organisations during his tenure. He is an economist by original discipline and enjoyed over 40 years’ in higher education. 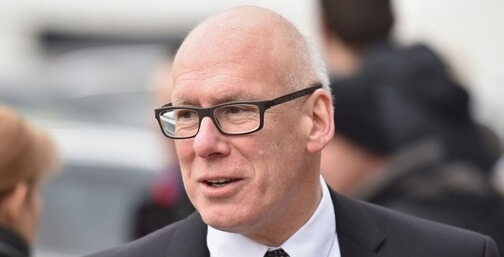 John commenced his career at Nottingham University and prior to joining Derby, John was Pro Vice-Chancellor of De Montfort University, in Leicester. He was awarded a CBE in the Queen’s New Year’s Honours in 2016.

David Coleman served Derbyshire Police for 32 years and was the authority’s Chief Constable for six years before retiring in 2007.

Following his retirement, David went on to become Chairman of Derbyshire Association for the Blind. He received the Queen’s Police Medal for Distinguished Service in 2004, was appointed Deputy Lieutenant of Derbyshire in 2007 and most recently was sworn in as Derbyshire’s High Sheriff for 2014-15.

The Hon. Mrs Justice Cheema-Grubb was born in Derby and serves as a Justice of the High Court.

Mrs Justice Cheema-Grubb studied law at King’s College London and was called to the bar in 1989. She was sworn in as a High Court judge in November 2015.

Anton Rippon is a former reporter and feature writer for the Derby Telegraph. In 1982, he founded Breedon Books – a Derby-based book publishers, specialising in sport and history.

He sold the company in 2003 to become a freelance writer and journalist. He wrote documentary series for BBC Radio Derby and for the last 15 years has written a popular weekly column in the Derby Telegraph.

Paul Bridges was formerly Head of Research and Clerk to the Governing Council at the University of Derby.

He retired from the University in January 2014 after more than 40 years of service. During his time at Derby he developed the University curriculum, governance arrangements and the research environment.

He now pursues academic interests in art, history and architecture and published a book last year containing a comprehensive history of Derby Cathedral.

Professor Kathryn Mitchell, Vice-Chancellor of the University of Derby, said: “I am looking forward to welcoming all of these special guests to our graduation ceremonies in July, which they will have the pleasure of sharing with our fantastic, hard-working students.

“The standard of Honorary Award recipients that Derby has attracted this year is excellent. I officiated the Award Ceremonies at Derby Arena for the first time in January and it was a truly spectacular occasion.”

This year the University of Derby is hosting a series of Award Ceremonies.

Traditionally, the University has held its main ceremonies in November for Buxton campus graduates and in January for Derby campus, Chesterfield campus, some partner institutions and UDOL graduates.

Students expressed a preference to hold the ceremonies earlier and this year those that would normally be graduating in January, who achieve their degrees by June, will attend ceremonies at the Derby Arena on July 14 and 15.

For those achieving their awards after June, (in the main professional and postgraduate programmes) ceremonies will be held at Derby Arena on 24 or 25 November 2016.

For all Buxton graduates their ceremony will continue to be held at the Dome in Buxton, this year on November 12.

Find out more about the University of Derby’s Award Ceremonies.