Moving to the police force

One of Nottinghamshire Police’s newest recruits has explained how a desire to help other people led her to swap the high-octane world of professional motorsport for a life on the beat.

Harminder Rai-Mottram, 40, joined the force earlier this year. Before that she worked for more than ten years in professional motor racing – travelling the globe and rubbing shoulders with some of the biggest stars in the sport. Prior to that she worked in private security and corporate finance.

The life-long motorsports fan started her last career in sales, marketing and hospitality after a chance meeting at the Donington Park race circuit. She later worked for an international agency and travelled the globe in support of Formula 1, GT, and Moto GP championships. Her last role was with the motor cycle race school founded by former world champion “Rocket” Ron Haslam. After being furloughed at the start of the Coronavirus pandemic she had time to think seriously about a long-held ambition.

She explained: “I had been thinking about joining the police for quite some time but wasn’t sure if it would ever happen. I’d had contact with the police in the past and was just really inspired by what they did and how much they seemed to care, and from that point on I wondered if I could do it too.

“I actually tried to join years ago but I didn’t have a degree at the time so couldn’t follow it up. If I’m being honest I really thought I was too old and the opportunity had passed, but when I heard about the Police Constable Degree Apprenticeship with Nottinghamshire Police and the University of Derby I jumped at the chance.”

I have always been a believer that if you throw yourself into things and commit to them you will succeed in what ever you are doing. I did that in my previous career and plan to do the same in my policing career.

Encouraging other women to get involved

PC Rai-Mottram is currently undergoing training before being allocated to a station in August. Once she has finished her three year degree – during which she will work as a full-time police officer – she says her main ambition is to help make her community a better place.

She added: “I have always enjoyed helping other people where I can – particularly other women who may need help. I did that during my motorsport career and was involved in efforts to attract more women to a very male dominated environment. I’d also like to encourage other women from different cultural backgrounds to think about becoming a police officer – because it really is a role that is open to everyone and if you are bilingual, then it is an added bonus."

PC Rai-Mottram was worried about starting her career in the police force at a later stage of her life, but she didn't let the fear stop her: “So far I am absolutely loving the experience. I was concerned about my age because I will be 43 by the time I complete my degree and can move onto another role. I even made a joke of it at my interview, but I really do believe that the kind of life experience I have had – especially of talking to people and building relationships – will really have a value in my work as a police officer. I have seen that already in some of the training scenarios we have done."

“And I would make that point to anyone else wondering if they are too old to join; with age comes experience of life that will come in very handy when you are working as a police officer. So if you have ever thought about following your dreams and applying to be a police officer – now is the time to do it.” 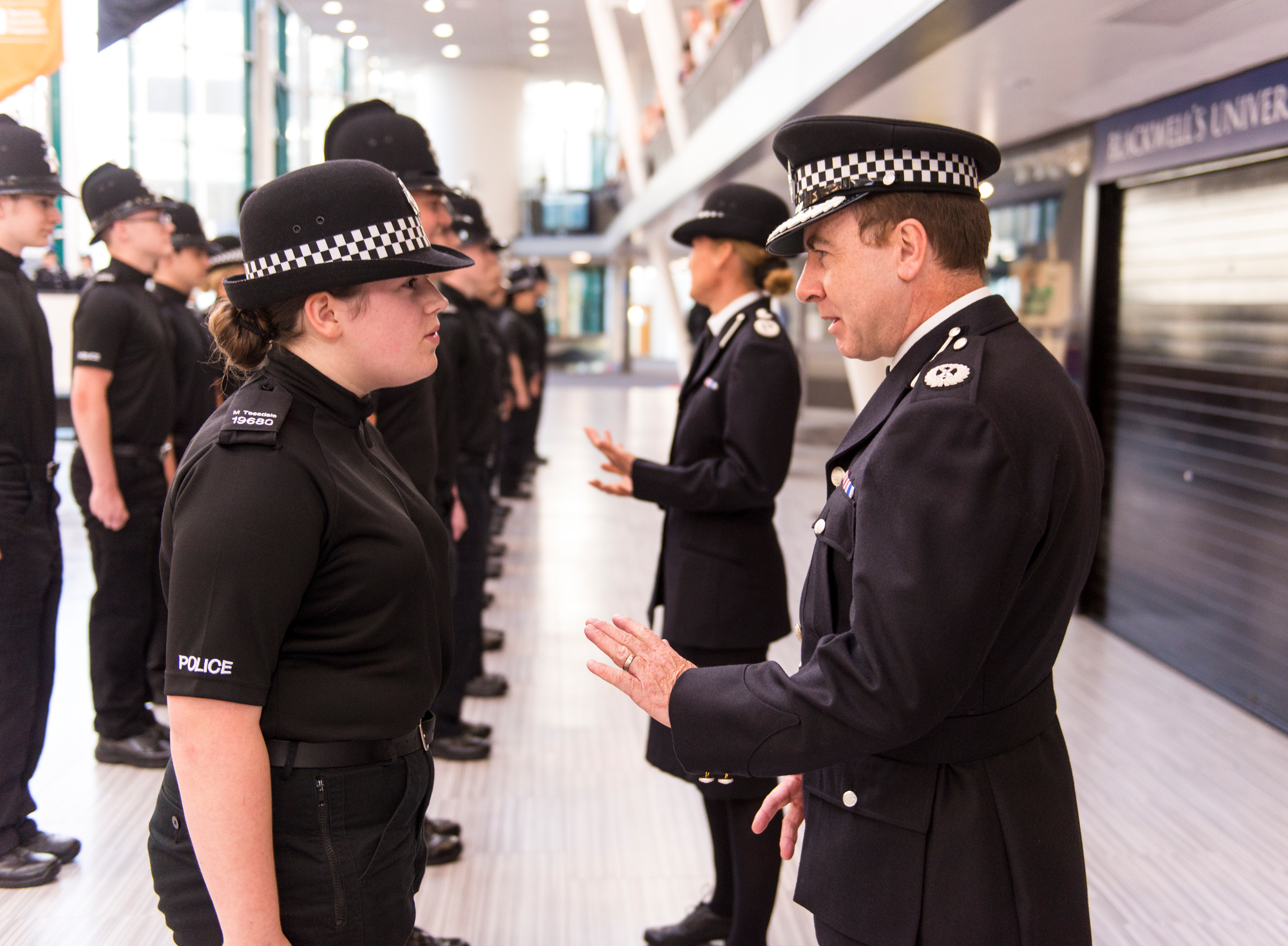 We are partnering with Nottinghamshire Police to deliver the first UK Police Constable Degree Apprenticeship programme.