How virtual bass algorithms can predict the health of coral reefs

In light of BBC’s latest season of Blue Planet ll, Dr Adam Hill, Senior Lecturer in Audio Engineering at the University of Derby explains how his research can predict the health of coral reefs using underwater virtual bass algorithms.

In research, some of the most exciting findings come from unlikely collaborations. While watching the recent BBC series, Blue Planet II, I was reminded of such a project when one of my co-investigators appeared on the screen describing the work. I don’t usually think about research when watching nature programmes, but this got me wondering if I should.

When I was working towards my PhD, my primary focus was to deliver consistent listening experiences to everyone listening to music or watching a film/ television program at home. The challenge was in the low frequency (bass) range.

You may not realise it, but if you’re sitting on the sofa with a friend watching a film and a big explosion occurs on screen, it may sounds really loud to you, but your friend sitting right next to you may have heard something much weaker. This is a problem that exists in just about every living room/ cinema or concert venue and can cause people to have wildly different listening experiences.

I had reached a point in the project where I was running up against the limits of physics and signal processing.

Something else was required.

This is where the idea of virtual bass came in. Virtual bass is a psychoacoustical phenomenon where we can trick our brains to perceive bass when it isn’t physically present in a sound. It has been used for years by rap and R&B producers to enhance the perceived bass content in their tracks and is commonly found at many live music events.

My solution was to physically remove the frequencies I had difficulty controlling from the audio signal and replace them with virtual bass. After a series of tests where participants listened to music in a mock living room while switching seats many times, I was able to prove that this approach achieved a nearly consistent listening experience across a room when used alongside my signal processing and physics-based acoustical solutions.

A few weeks after I completed this work, I was approached by a friend who told me that one of her colleagues who was working on his PhD in marine biology was trying to understand a few things about acoustics and wanted me to have a chat with me. The student described how his research focused on examining the health of coral reefs. He had latched onto the idea of using underwater acoustical measurements to automatically identify reef health, but was having trouble figuring out how to approach the challenge.

For virtual bass, the transient content detector work incredibly well. I then started wondering whether I could modify it to predict coral reef health. In terms of signal analysis, the clicks/ pops from the underwater recordings would be detected by my algorithm in exactly the same way as drum hits would be within a piece of music.

After a few tweaks to the algorithm, we passed through a series of recordings from reefs of known health. To our astonishment, the algorithm predicted the reef health with great precision.

The findings were communicated in journal papers and contributed to the larger aim of developing a better understanding of coral reef health. The higher the transient content of the underwater noise (i.e. the more clicks and pops heard), the healthier the reef. It seems obvious, but it was difficult before this research to identify the reef health accurately over any measurement distance. This algorithm solves that problem.

The research was completed about three years ago and, as is usually the case, faded a bit from my memory as I pursued new projects here at Derby. The memories came flooding back, though, when all of a sudden, I was watching one of the contributors to the project on screen in Blue Planet II talking about aspects of the work!

It reminded me of how rewarding and important interdisciplinary research is. We solved a problem in marine biology using a special effect from the music industry! It’s surprisingly common to hear similar stories where advancements in a field were enabled by knowledge from a seemingly unrelated subject area.

So next time you find yourself with someone from a different field of study/ work, strike up a conversation. Who knows what you’ll come up with!

Read more about the research 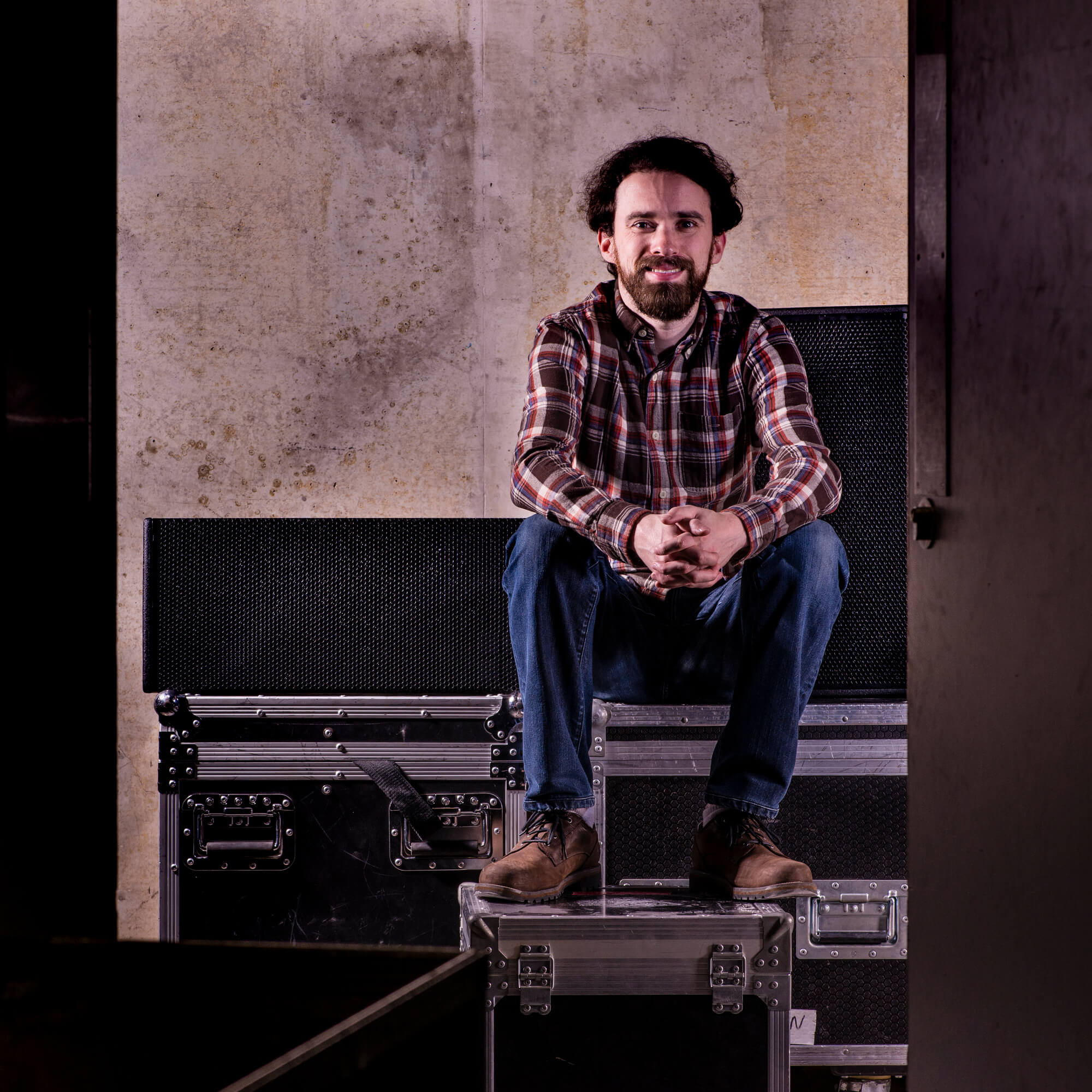 Adam is Associate Professor of Electroacoustics.