Turning the tide on plastic pollution

With World Oceans Day today highlighting the issue of plastic pollution, Dr Michael Sweet, Associate Professor in Aquatic Biology, looks at the impact plastic has on coral and other marine life.

How plastic contributes to coral diseases

A recent article came out in the journal Science highlighting the impact plastic has with regard to coral diseases, and – surprise, surprise – it doesn’t look good. A greater number of diseases were seen where greater amounts of plastic were found (this is usually in built-up areas). This is not surprising, however, as heavily polluted waters would be less than ideal for corals in any case.

Anything which covers or causes abrasions on the coral surface will undoubtedly result in tissue die-off, which can then result in a disease spreading across the rest of the coral. On a smaller scale, corals have also been shown to ingest micro-plastics. Again, this is no surprise and probably every organism on the planet has interacted with plastics of some kind and at some level.

So, if corals are adversely affected by plastics (and they do appear to be) it would not be a good thing for all. But plastic is not the only human invention that is threatening the health of our oceans. We should also tackle the major issue of burning fossil fuels, as we have a wealth of information about the negative effects this has but are still struggling to deal with the problem on a global, and therefore meaningful, scale.

The problem of plastic in the food chain

Any foreign object being ingested can cause issues for an organism, whether this is a nasty bacteria causing a disease or sickness or a small piece of plastic (known as micro-plastic) or larger pieces such as plastic bags.

Larger marine animals like whales, for example, are often found stranded on beaches, with large amounts of plastic bags in their stomachs.

Science isn’t able to really give us the full answer to what harm the bags have caused – we cannot categorically state that the whale in question suffered any ill-effects from ingesting them. It certainly looks likely that this is the case but, unless we go chopping up a perfectly healthy whale for comparison, we can draw no parallels. This is obviously ill-advised so please do not go and do this.

“Most single-use plastic in the ocean comes from packaging”

In short, plastic is surely not good and I am sure 100% of people will agree with me that it is visibly unattractive and certainly something we can and should do something about, but there are many more pressing issues we need to address first.

Sticking with the plastic theme, we should maybe turn our attention to the over-use of products in the first place – the majority of single-use plastic which makes its way to the ocean comes from packaging.

The global importance of coral reefs

Coral reefs are hugely important, not only on a biodiversity level but economically too. Globally, reefs are thought to be worth US$29.8-375 billion annually. That is taking into account, tourism, fisheries and shoreline protection for example.

Losing these reefs will result in unimaginable catastrophes, on a scale we have probably not seen: widespread hunger, large amounts of land erosion, economic instability in hundreds of countries which have reefs on their doorsteps – the list can go on and on.

And if we can help them in any way, we are surely duty-bound to do so – so stop over-consuming and creating excessive waste. For example, I sit here with my re-usable coffee cup, made from bamboo. Go get one, reduce your takeaway cup usage and save a coral reef. 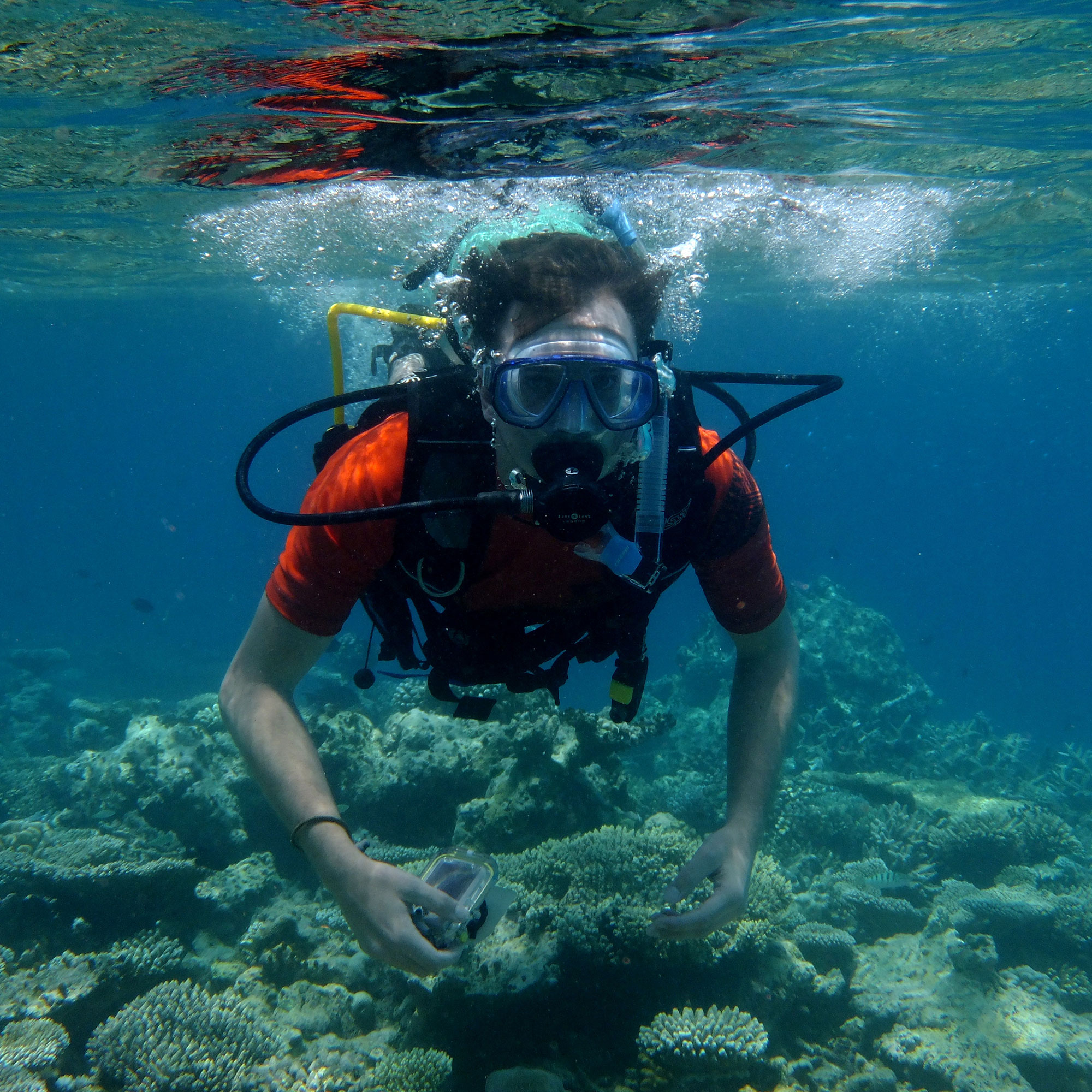 Michael is an Associate Professor in Aquatic Biology. In addition to his teaching and research supervision responsibilities at the University, he is the manager of the Aquatic Research Facility, which was funded through his partnership with SeaLife. He has won numerous awards, including the Charles Darwin Award lecture from the British Science Association.