I choose to use my power as a white woman

The outrage caused by the death of George Floyd in the US city of Minneapolis last month has resonated around the world, prompting many people to ask themselves how they can help to tackle racism. In this blog, Sarah Chapman, Senior Journalism Lecturer at the University of Derby, discusses what she intends to do.

I am a white woman and I am going to use the privilege I was born with to encourage us all to change for the better.

And I choose to use my power to stop racism.

Like many people, I have been deeply affected by the death of unarmed black man George Floyd on May 25 in Minnesota. He died almost 4,000 miles away from where we live, but his death resonates here, too.

Many white people may well be asking themselves how we can help solve the problem of racism.

But where do we start? We white people can certainly begin by educating ourselves to go beyond being not racist, nor saying we dislike racism, but by being active anti-racism allies.

That means going much further than tweeting support. It means taking specific actions to support groups that do not have privilege – giving them visibility, a voice. It means being culturally sensitive.

And it’s a deep-dive. Coming to terms with white privilege is an unpleasant experience, but the only way through it, is through it. When you look at yourself in the mirror and realise the power you have been born with, just because of the colour of your skin, it is a journey through guilt, anger and profound shame. And it’s not pretty.

I have realised that when I worked as a journalist, I was part of the problem. Part of a system which silenced BAME voices. I covered murders that I believe were not given as much prominence because the victim was black and newsdesks assumed gangland involvement and therefore readers would not be interested.

However, I also covered the murder of Liverpool A Level student Anthony Walker, who was murdered in 2005 by two white thugs just because he was black. I am proud to say the newspaper I worked for fought for justice and celebrated the dignity of his mother Gee Walker, who went on to set up a race relations charity in Merseyside.

But what has changed since then? Not much, I’d say.

That’s not because the charity doesn’t do enough. It’s because our white privileged society, and its systems, institutions, large corporations and organisations are also racist. White privilege has an insidious way of throwing up obstacles in front of BAME people and not caring about whether they can jump over them or not.

We need to take a long, hard look at ourselves, feel all that shame and guilt and start making real changes.

All too often, we put people in one box and think we are doing the right thing by treating people as all the same. But we need to start recognising that this strategy only works if we confront the existing systems and start waking up to the struggles many BAME people are confronted with. Daily.

Seeing people’s colour and not being afraid of that is also key. Seeing people. Hearing people. Because when you see people’s colour, you may then open your eyes to the experiences they have – the abuse, the passing up from promotions, being stopped and searched by police, being judged, dehumanised, silenced, erased, eroticised. I could go on.

At the University of Derby, we work hard to change students’ lives for the better, but we still have a long way to go. Across almost all UK universities, it’s an uncomfortable fact that some BAME students do not perform as well as their white counterparts and many will simply not be offered the same career opportunities when they leave as white graduates.

That’s because the world has to change. So we must start looking at ourselves and dismantling the systems that take away the powers and rights of the BAME community.

American political activist Angela Davis said: “You have to act as if it were possible to radically transform the world. And you have to do it all the time.”

If you want to start educating yourself on ant-racist issues, may I recommend some books: 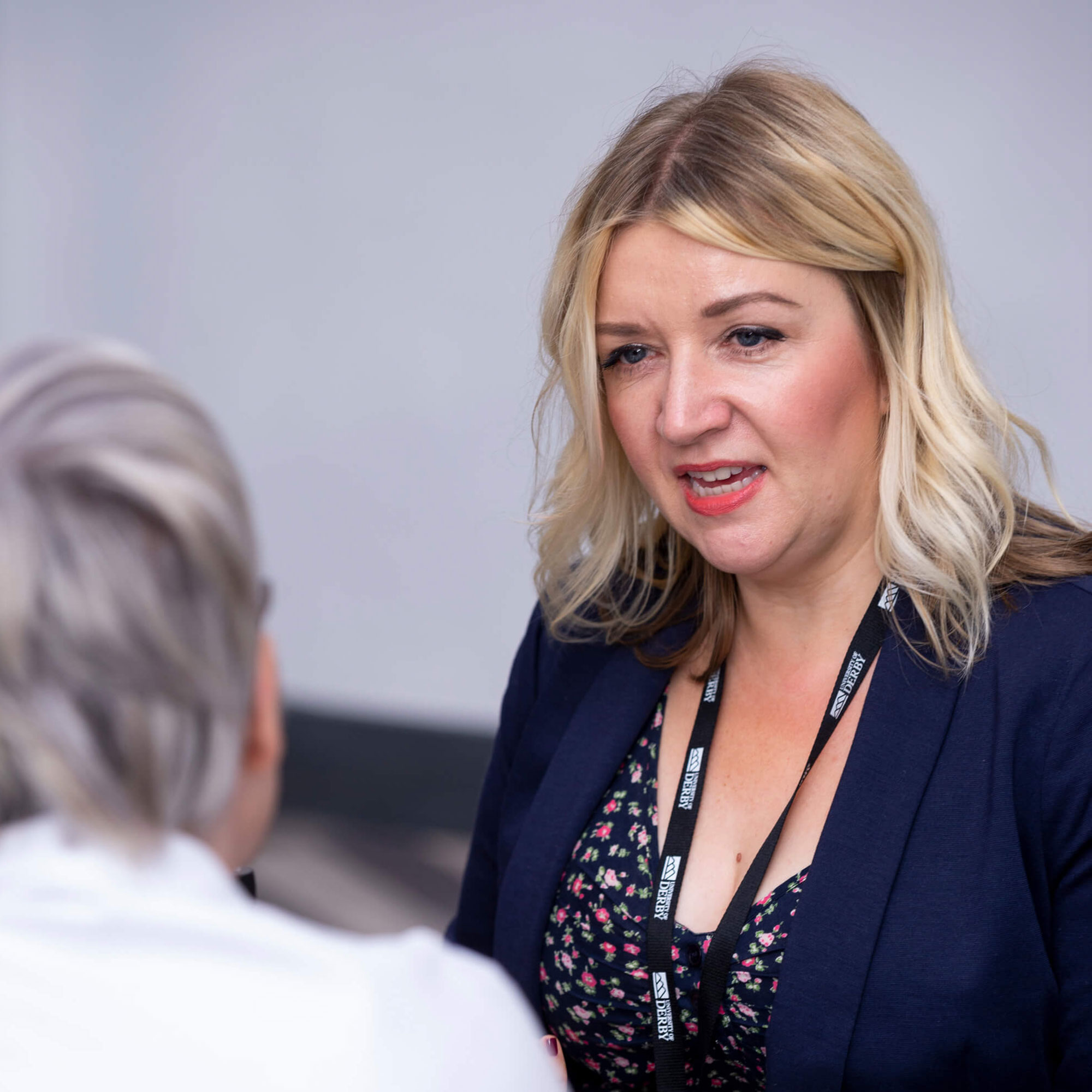 Sarah is a former Senior Lecturer in Journalism at the University. She specialised in print and online journalism.