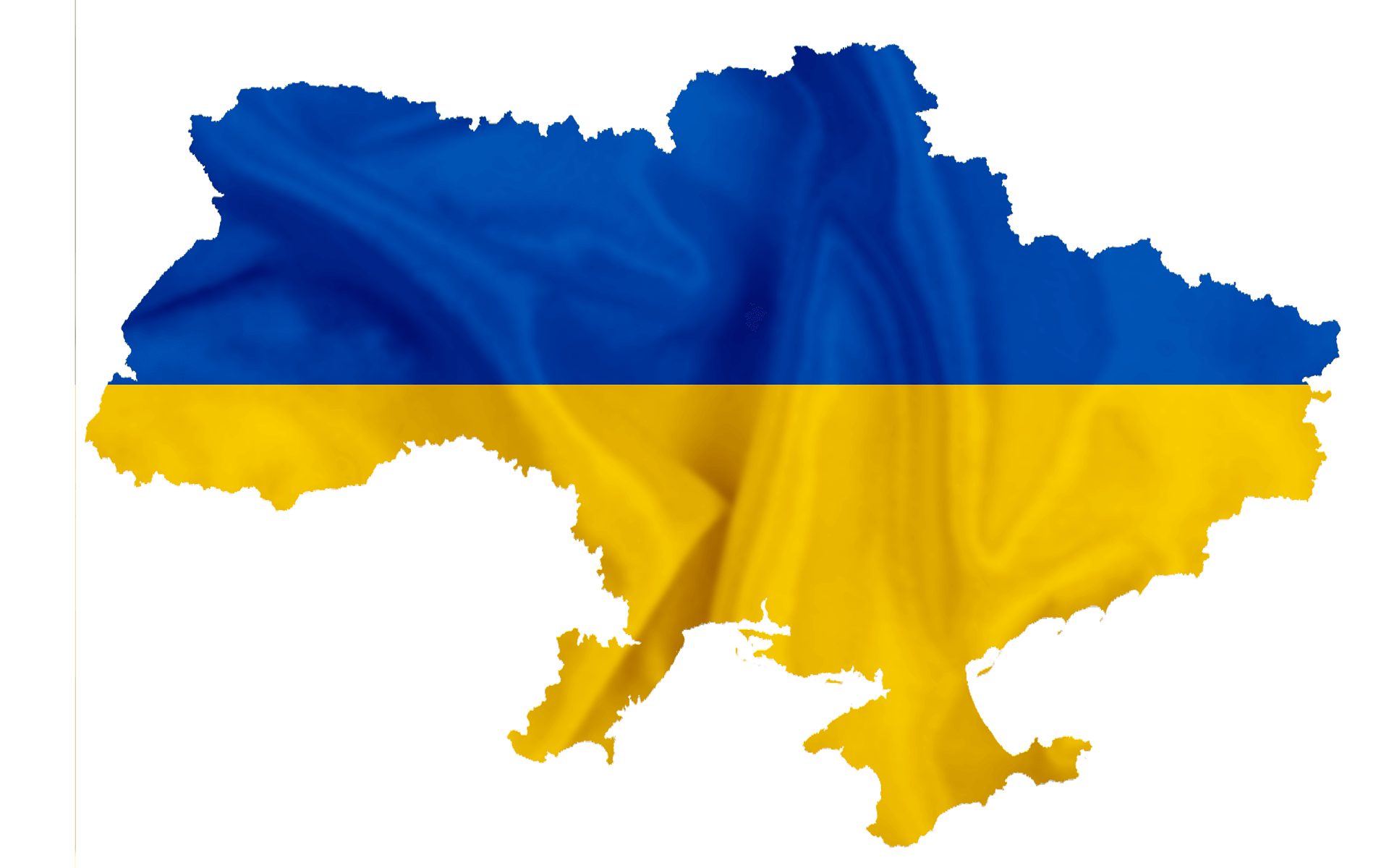 In this blog, Professor Keith McLay, a historian of war and warfare and Provost - Learning and Teaching at the University of Derby, looks at the fallacy of strategic territorial gains in urban war.

Around six weeks into the Ukrainian war, and although not formally announced, it became apparent that Russia was pulling back forces from the north and around Kyiv to refocus efforts in the east. Commentators rushed to provide reasons for this troop movement and resource refocusing: the strength of the Ukrainian defence of Kyiv and environs (undoubtedly); the more sympathetic, even pro-Russian, in-theatre environment of the eastern Donbas region (clearly); and the complexity of urban warfare in capturing an opponent’s cities such that they remain viable and alive (likely). A combination of all three were in play but the latter reason is the one supported by a wealth of historical evidence.

An enduring historical conundrum of warfare is how an aggressor captures its opponent’s dense urban areas such that the cities remain viable entities. Enough munitions of size and scale can raze a city to the ground, but if a strategic objective is to take territory that you consider in any event to be within your national boundaries (as Putin does with respect to Ukraine) then it’s not clear how cities of rubble represent strategic gains.

I’ve written before that Putin is known to be a student of history, but it seems that a historical understanding of urban warfare has passed him by. Three examples are instructive on the fallacy of strategic territorial gains in urban war.

The French King Louis XIV’s (1643-1715) celebrated military engineer, Sébastien Le Pestre de Vauban, gained his reputation by developing a systemised approach to siege warfare. Articulated in his work Mémoire pour servir à l'instruction dans la conduite des sieges (1672), Vauban's methodological lines of counter and contra-vallation meant that a siege laid down by Vauban was invariably successful and in short order too, which minimised the destructive impact and spared the town.

Vauban’s first stage achievement securing the fortress which was providing the defence of the urban settlement did not, though, then translate into real-time strategic security of the captured territory. Between 1667 and 1684 across three wars (War of Devolution, 1667-1668, the Franco-Dutch war, 1672-1674 and the War of Reunions, 1683-1684) France acquired a number of towns on its north-east frontier with Spanish Flanders.

Vauban’s strategy for the security of these towns was to implement a pré-carré (square field or squaring off) through a ceinture de fer (iron belt) of newly built fortresses. Clearly, this approach was enormously expensive and unsustainable for an increasingly depleted French exchequer and, although the line of fortifications provided strong external defence against commanders less successful at siege warfare than Vauban, a fort which simultaneously faced inwards turning its guns against the inhabitants as well as outwards could only have limited strategic longevity.

The second example of the canard that urban warfare can readily realise strategic gain is drawn from the Vietnam War (1955-1975). Fought between communist North Vietnam and South Vietnam, this war is typically viewed as a proxy conflict of the Cold War whereby the USA,the USSR and China combined backed respective sides in the global contest between the West and Communism.

In the early 1960s, South Vietnam faced a stubborn communist insurgency, particularly in rural towns and hamlets. In order to flush out and defeat the insurgents, the South Vietnamese government, with support from the Americans, implemented the Strategic Hamlets Programme. This initiative was based on the French system of agrovilles (protected villages) established during the First Indo-China War (1946-1954), and its objective was to isolate village inhabitants from contact with the North Vietnamese communist insurgents, the Viet Cong.

There were three stages to the creation of a Strategic Hamlet: clearing, holding and winning. In essence, the Hamlets would first be marked out and flooded with military personnel to remove insurgents, next local government authority and security would be established and then, third, a focus upon the softer power of building welfare and educational infra-structure to benefit those within the Hamlet and to persuade them that support of the Viet Cong offered nothing.

Such was the theory but, of course, there was a fundamental weakness in the plan which rendered the three stages immaterial. By creating these Hamlets, the South Vietnamese government was placing its own citizens behind barriers and barricades, restricting their freedom of movement and, to an extent, that of thought. The Strategic Hamlets Programme was thus undone by its internal contradictions and by the chimera that it could provide strategic security for the villages involved.

The third and final example from the history of urban warfare brings us to contemporary times and the activities of the Multi-National Force based in Iraq following the western coalition’s initial victory in the Second Iraq War (2003-2011). The Multi-National Force’s brief was to facilitate the transition of security to the Iraqis and to build the concomitant infrastructure. As in Vietnam, however, this process was increasingly derailed from 2005/2006 by an effective insurgency in urban and rural areas.

The then US Commander of the Multi-National Force, General George Casey, was cast from the traditional mechanised mould of US Generals: a limited military thinker who restricted troop activities beyond their fixed bases and who was not enthusiastic about increasing troop levels to combat the insurgents and to stabilise the security situation for the Iraqi population.

Increasingly concerned about the deteriorating situation in-theatre, in 2007 President Bush pushed Casey ‘upstairs’ by nominating him Army Chief of Staff and brought in General David Petraeus who, aside from successfully commanding the 101st Airborne Division (the ‘Screaming Eagles’) during the invasion of Iraq in 2003, had also, as Commandant of Fort Leavenworth and the US Army Combined Command Centre, written Field-Manual 3-24, the classic text on counterinsurgency warfare.

On assuming command of the Multi-National Force, Petraeus embraced the surge of 20,000 troops to suppress the insurgency and began to implement the principles of 3-24. In contrast to Casey, an axiom for Petraeus was that security could only be gained and transferred to the Iraqis if the Multi-National Force troops lived amongst the population building the infra-structure and facilitating the training at the most local level; according to Petraeus, success could only be measured through demonstratable improvement in the daily life of the Iraqis.

Petraeus’ ideas and pursuit of this form of counterinsurgency was nuanced and to an extent successful. Certainly, the security situation was stabilised in Iraq during his command but as with other examples, his attempt to clear the territories of insurgents and provide security for the population proved tactical but not strategic.

Petraeus left the command of the Multi-National Force in the autumn of 2008 and the US and multinational participants in the conflict in Iraq continued through to withdrawal in 2011. The war in Iraq was by then - if it had not been since 2004/2005 - most definitely a civil and religious conflict. In urban areas, and indeed across the country, there was no route to strategic urban security which could be imposed by external forces.

Whither Vaubanian siege craft and the pré-carré or the Vietnamese Strategic Hamlets or the US led Multi-National Forces’ embedding amongst the Iraqi population, the history on the capture and strategic hold of an opponents’ urban (and also rural) areas is not propitious. Urban warfare offers few, if no, obvious routes to strategic security. Although seemingly withdrawing from the north, given Russian continued bombardment of other towns in the east and south, it seems unlikely that Putin understands this history or at least not yet.