Why #Blackout​Tuesday did not send the right message

A worldwide blackout of social media was one of the most high-profile responses to the death of George Floyd in the USA. But was it the right response? Here, Andy Bloor, Senior Lecturer in the Institute of Education at the University of Derby, explains why he felt this was not the action he should be taking.

One thing that has become apparent over recent days is the power of media, in particular social media, in highlighting rapidly escalating situations in almost real-time.

This has been particularly useful in seeing the growing unrest and the political responses in the US following the unlawful killing of a black man, George Floyd, by police officers in America.

Race embedded in a nation’s psyche

Some have even characterised the killing of Floyd as a lynching in plain sight. The initial feeling coming over in the accounts I was seeing was one of anger; yet again a black man had been unlawfully killed by the very white men who are tasked with upholding the law.

The anger is palpable and made no better by the pronouncements of President Trump.

Early on in his presidency, Trump refused to condemn a white nationalist rally at which a car was driven into anti-racist protestors, killing one of them, saying that there was violence on many sides.

Some see this as a natural conclusion to that narrative; one of white supremacy.

In recent field research I undertook in the States, I talked to a number of teachers and educationalists about inclusive practice. One of the things I was struck by was the way in which the conversation always pivoted towards race.

Even when explicitly talking about disability, race was never far from the argument. I had always known that race was a prevalent issue in American life, but I had no idea how deeply embedded it was in the psyche of the people I spoke to. This week has been a sobering reminder of why that may have been the case.

Passions are running high and never more so than when reports of tear gas being used on protesters to clear a path for the President to walk to a local church for a photo opportunity. The use of rubber bullets has again been condemned.

Living in the UK, I am not sure how best to respond. Certainly, I know this is not an issue that has no relevance in the UK. From the Cable Street riots, the Brixton riots, the deaths of Blair Peach and of Stephen Lawrence, through to the recent tasering of a man in front of his son, the UK has not had a comfortable relationship with race. So as a white man what can – and indeed should – I do?

There is a wonderful account (available on YouTube called “Cracking the Codes: Joy DeGruy, A Trip to the Grocery Store.”) by Joy DeGruy that recounts a visit to a supermarket. It’s a personal story, but exceptionally powerful, and at just over three minutes it is relatively short. In this video, DeGruy explains what people can do with white privilege.

I realise I have a privileged voice. I didn’t ask for white privilege, but since I have it, I may as well use it. Part of my duty, as well as standing shoulder to shoulder with people who are being treated prejudicially and even violently, is to speak loudly in the arenas where I have a voice about the injustices that I see.

I believe that it’s something that we all have a duty to do in a civilised society. When I saw the #BlackoutTuesday movement I was tempted to join in; here was something I could do to show my solidarity with people being racially abused; something useful I could do on my social media platforms.

Who benefits from silence?

There were the black power symbols and texts urging me to act in solidarity, but the core instruction was urging me to have social media silence. This worried me: I was essentially being asked to sit in silence as an act of solidarity.

A silent protest in situ has me inhabiting a physical space in silence, physically showing my support; but what is that same silence without embodiment? Surely that is just... well, silence. Then I began to question whom this would benefit. It would help me feel less impotent; I would be actually ‘doing something’

But this soon looks illusionary when you go further. On the very day the President urges overwhelming force or the threat of armed forces to quell the riots, silence would seem the very opposite of what is required. The language of solidarity and imagery soon melts when you consider this one simple fact.

I did put up a black disc over my profile picture, but I tweeted even more vigorously showing direct links to evidence of the protests and in some cases disproportionate responses from police and the government in the US; because in doing so I do the only thing I can do immediately with my white privilege: shine a light on those parts of society others would prefer remained in the shadows. 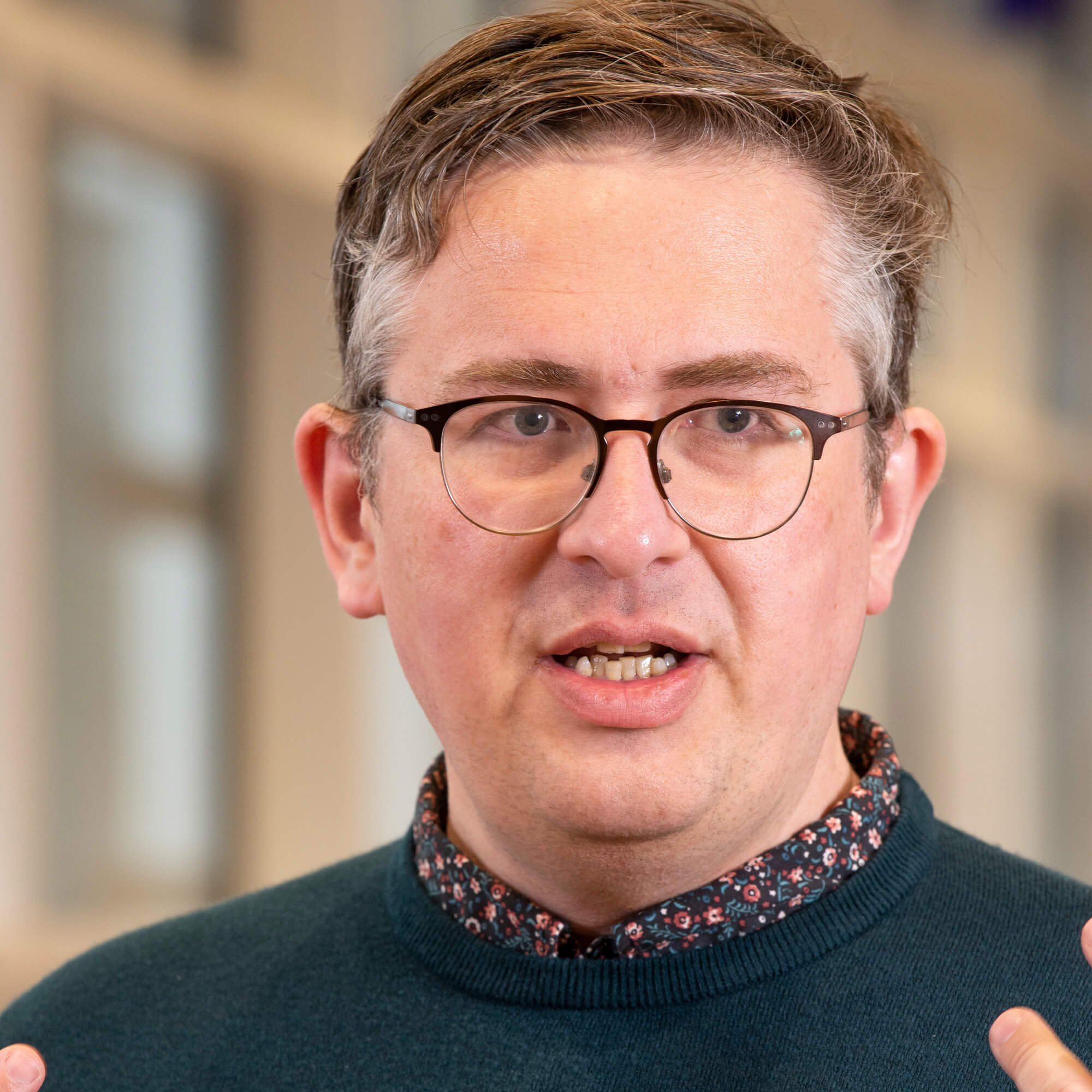 Andy Bloor is a Senior Lecturer in Initial Teacher Education (ITE), Programme Lead for the iPGCE and Pathway Lead for the iQTS Pilot programme. His fields of interest are around International and Comparative Education and Social, Emotional and Mental Health Difficulties in children, particularly those with Attachment Disorder and neuro-atypical children.