7 reasons why older people should take up martial arts

The history of martial arts

Martial arts have been established across the world for many thousands of years. Initially, they were to prepare individuals for combat, and still are, however there is an aspect that in the modern era they are as much about fitness, mental training and long term wellbeing, as well as being able to fight or protect oneself.

Indeed the act of feeling confident and being able to protect oneself is possibly as much a part of wellness and wellbeing as is the mindfulness aspect of doing martial arts. Many of the modern Japanese martial arts have developed, especially since the beginning of the 20th century, to include an aspect of Zen Buddhism; developing the person as much as the art. This has featured in much of the material that has been written as well as in movies such as The Karate Kid, also from a Chinese perspective in TV series such as Kung Fu.

Elderly masters in these shows are the arbiters of exclusive knowledge and life skills that transcend the physicality of martial arts. However, the ones usually doing the actual fighting are often younger and this is something that when I first undertook martial arts was the norm – Young, usually males, taking part in the weekly classes. This has started to change, but is something that could be far more frequent.

So, how can martial arts help with wellness for older people?

Martial arts really is all-round exercise; it helps with flexibility, core strength, dependent on style of martial art, it is also works on stamina. It assists the elder student with balance as well as all who take part with hand, foot and eye co-ordination. Some would argue, alongside swimming, it is a complete physical training system.

Some martial arts do have connection with Shintoism (the ethnic religion of Japan), Confucianism (some see this as a philosophy rather than a religion, but it is built on ancient religious foundations to create social values and institutions for modern Chinese society) and Buddhism. However, most practised in the United Kingdom very likely only have some practices that indicate this, such as bowing in and meditation before or after practice. Through rigorous practice, an individual can move away from external problems and life issues and get away from day to day stresses. This helps get my mind into a better place, it allows me to really focus in on the act of what I am involved in, and it helps develop mindfulness. There is also beauty in the physical and developing an appreciation of the martial art enables you to see this.

Through both of the above, a more settled and peaceful emotional state can be forged. By allowing yourself to be expressed in what can be a physically challenging martial art, creates a more disciplined mind. It also allows you to get out some of the pent up emotions through the practice in the Dojo (the practice hall and seen as a place to focus on training and leave all the day to day baggage outside). However, it is also a place where you can clear and cleanse your mind. You can focus all kinds of emotions into your practice. By establishing a daily practice, it is also possible to help balance your emotions into a more mindful self. Every day I run through several of my forms/katas, it is a kind of meditation for me, it clears my mind of clutter and enables me to be more balanced (forms/katas are prescribed sets of moves that you can run through on your own. When I do them I imagine the fight I am doing through the movements, I use imagery to really get focussed in on each movement, trying to make them as precise and effective as possible).

Martial arts keeps you fit and can often make you realise a bigger potential in yourself. This can really help in your work as it helps keep you healthy. It also often makes you more determined in achieving goals and targets which can translate well into your working life. However, if you do not work anymore, martial arts can encompass aspects of having a new career. My eldest student started martial arts when he was 65, now into his 70s he uses the physical nature of martial arts to keep fit and have a focus. He uses the forms/ katas to help keep his mind dexterous.

Intellectual wellness
Martial arts is a study for life; it is not just about getting the next grade or achieving a black belt. I have studied martial arts for 44 years now and still feel like I am only part way through the journey. I love to learn from others and share my experiences, these are both aspects of a student. Martial arts allow you to challenge your mind and body; through use of your physicality you learn what you can do, what is hard to do and, as you get older, what is not so easy anymore. Then you have to let your mind determine how this not-so-easy stuff can be done. Martial arts makes you use your brain. You learn patterns through forms and combinations of moves that for some come easier than others. However, whichever of these types of learners you are, martial arts helps you develop skills that enables your mind to keep active.

Though martial arts can be practised alone, there is a very large social aspect. In martial arts you usually train in a group. This group, for the vast majority, becomes like a family. My clubs have a very important social aspect, a friendly sociable atmosphere creates better bonds in the club. You begin to gain trust and friendship with those you practise with. The teacher, often for junior and younger students, is like a role model or father figure, and will often become a mentor. Elder students are given respect by others, as should be expected. Often there are annual events, such as prize givings and parties, and there are also the regular events, such as gradings or competitions where bonds can be forged. You can find a new social group through the practice of martial arts. Mine is worldwide, I have friends in around 75 different countries through martial arts.

How do martial arts help the community around us? Well, through the practice of martial arts students of it develop a better mind, body and spirit linkage. This helps forge, respect, appreciation of their surroundings through opening of their mind to what is possible for themselves and recognising potential in others. It also makes them less likely to be involved in generally bad behaviour. It keeps the individual fitter and healthier and enables them to be less of a burden on others and the NHS. Wellness interventions using martial arts have shown benefits in terms of social awareness and decreases in depression, this all feeds into a healthier community generally. 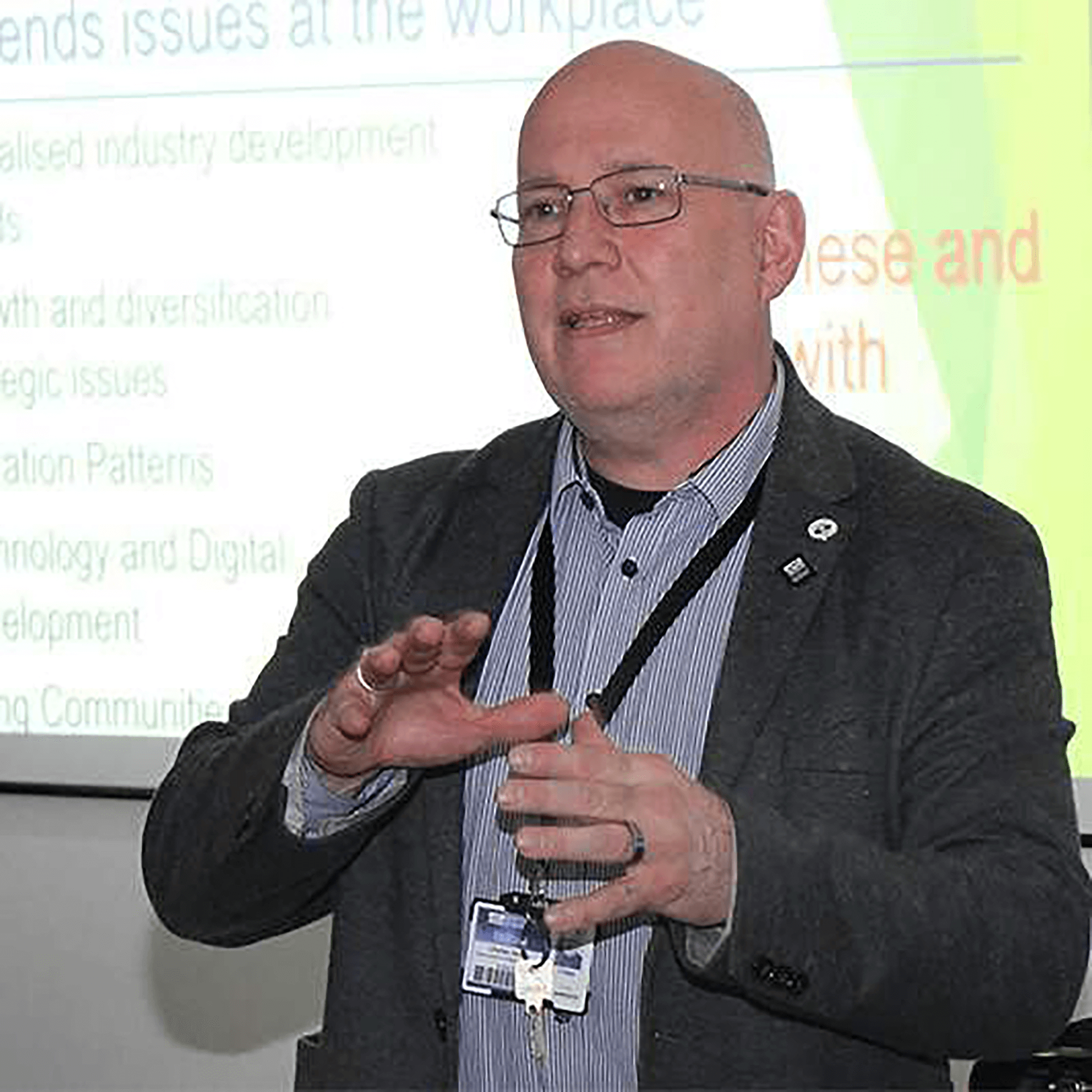 Charles is a Senior Lecturer In Applied Management.