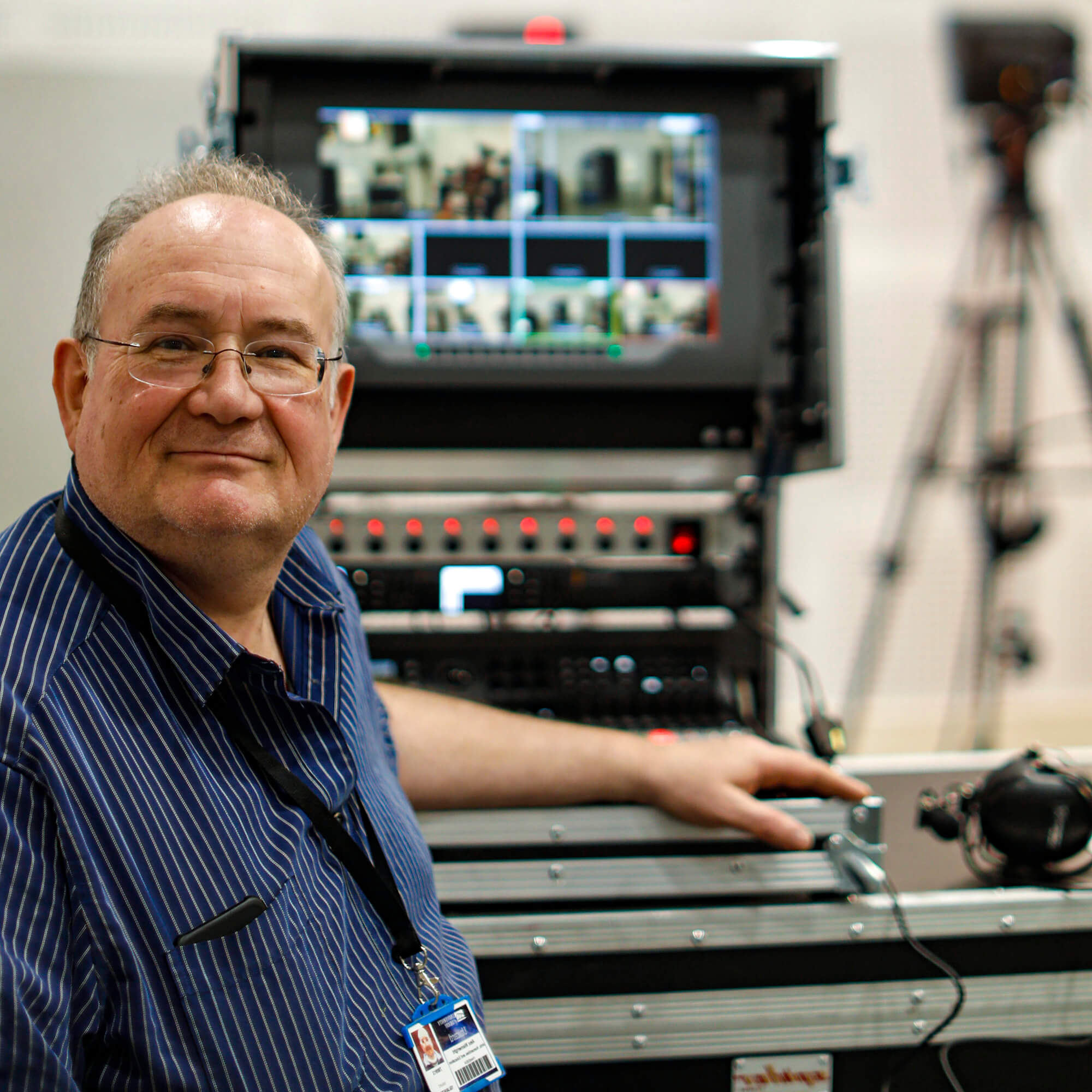 I made Russell Watson's first video, filmed live Thai boxing, 4x4 rally driving and made my first TV commercial on a mixture of cine film, videotape and early computer-generated images.

In 2003, I built my first TV Studio and in 2005, my first Live Broadcast TV Station. I came to work at the University of Derby in 2009, where I rearranged the TV Studio to meet the needs of several courses. Since then I have organised the studio moving up to the first floor, enhanced the lighting grid, adding over 20 lighting pantographs and some world class new lighting, updated the control room to a state of the art Tricaster 8000 production suite with green screen virtual set and built a new dedicated, two camera, green screen infinity cove, studio space. I also supervised the redevelopment of four edit suites. I run camera grip workshops for body-worn camera stabilisers, track and dolly, slider and camera crane techniques for students.

An interest in Camera Grip equipment led me to making some specialised experimental pieces, such as 12-foot camera slider, a twin camera mount and a Dutch tilt adaptor.

In my own time, I work as a video production company filming and editing video for private clients. I also make up custom digital video cables that I sell on eBay and Amazon to customers all around the world. I believe that how I practice outside University informs what I instruct within the University.

Member of the Institute of Science and Technology (MIST)