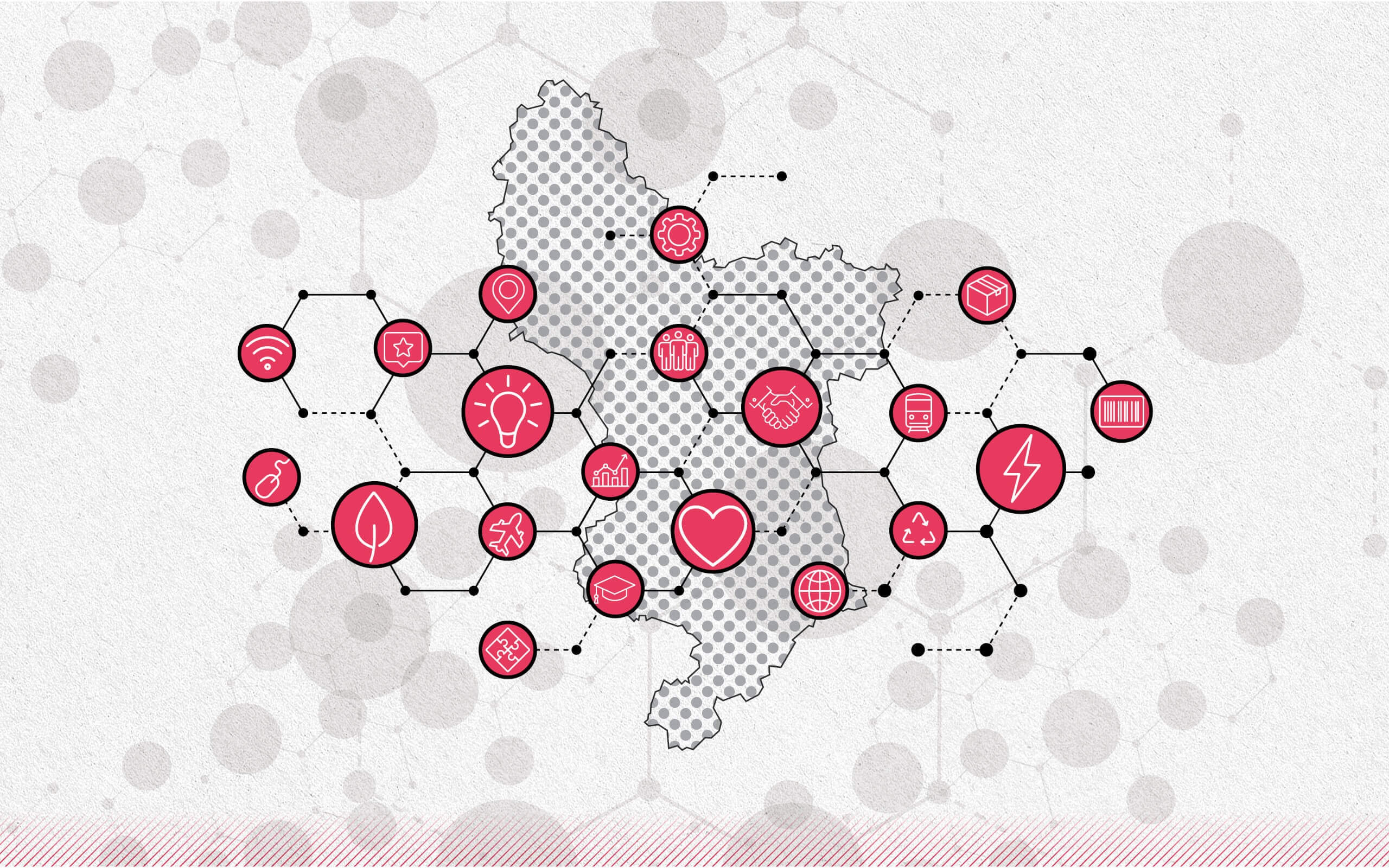 Truly civic? How collaboration is key to making a civic impact

What makes a university truly civic? This was a question posed back in 2018 by the UPP Foundation, when it launched the Civic University Commission.

The Commission was set up to examine the economic, social, environmental, and cultural role universities play in the towns and cities they are part of. At the time, Lord Bob Kerslake, Chair of the Civic University Commission, made it clear that: “Universities have an irreplaceable and unique role in helping their host communities to thrive – and their own success is bound up with the success of the places that gave birth to them.”

Months of evidence gathering took place which resulted in a report, Truly Civic: Strengthening the connection between universities and their places, being published in February 2019.

While it is true that universities by their very nature undertake plenty of civic activity, the report acknowledged that this does not tend to be based on a strategic approach responding to the real needs of local communities.

To address this, the report’s main recommendation was for universities to develop a Civic University Agreement (CUA), in partnership with key stakeholders. These ‘Signatories’ would work together to ensure a more strategic, collaborative and impactful focus for their future civic activity, championing the broader civic agenda and raising its visibility among colleagues, partners and the wider community.

“I signed Derby up to developing a CUA for several reasons. The role of a Vice-Chancellor, particularly within the regions, is as a civic leader. It is broader than just running a university; it is about the impact that a university can have on both its students and its communities, a vital component for me as the leader of the University of Derby.

“Staff and students should be involved in their community, and it is hugely beneficial for the community to be engaged with the activities that go on within a university. This is not just in terms of learning, but through the arts, culture, science, and technology. They need to view the University as being an integral part of their community, rather than just a place where students arrive once a year and then leave in the summer.”

Fast-forward three years from when this commitment was made (a global pandemic halted progress), and the University is poised to officially launch its Civic University Agreement.

During the event, the University will set out the ambitions within the CUA, which have been developed following extensive consultation with groups, organisations, businesses and individuals across the city and county. This builds on the valuable work undertaken and partnerships that were formed and strengthened as part of the response to the pandemic, where we stepped up to demonstrate how civic we are, as did other universities.

The CUA is not something that can be delivered solely by the University, and encouragingly 15 organisations – representing a diverse range of interests – have pledged their support by becoming signatories of it. By combining expertise, ideas, and resources, they will work in collaboration with the University to drive forward civic-related initiatives and projects that will bring positive societal change and many benefits to the city, county, and communities within it.

Kathryn adds: “The CUA has been used as a way of consolidating some of our strong partnerships and has opened doors to developing new ones. By demonstrating your own commitment, you get better commitment back, and this has been the case here.”

While there will be great fanfare around the launch of the CUA, the real test will be in its delivery and longer-term impact, which should be felt through the projects developed as part of it.

Professor Keith McLay, Provost – Learning & Teaching at the University, explains: “The CUA is an excellent example of a national initiative which must have local resonance if it is to be of relevance and impact. There will be a number of projects developed under each of the five goals set out within the CUA which will bring specific benefits and, when packaged as one, will build an unceasing momentum of civic activity across the city and county.

“However, the CUA can only work and realise these benefits through collaborative partnership working. All signatories will therefore be key in driving alongside the University that necessary collaboration across all the agreement’s themes and goals.”

There will be a number of projects developed under each of the five goals set out within the CUA which will bring specific benefits and, when packaged as one, will build an unceasing momentum of civic activity across the city and county.

A live example of a civic project which has real impact is the Social Higher Education Depot (S.H.E.D). S.H.E.D is an arts venue, a conversation starter, a dialogue enhancer and a research facilitator - a project entirely dedicated to artistic research through public engagement and co-production.

Led by the University’s Dr Rhiannon Jones, Associate Professor (Civic) and colleagues, a humble garden shed has been transformed into a soup kitchen, library, performance space and visual arts gallery, providing an accessible and inclusive space that supports the diverse needs of communities.

As the pandemic denied many young people the chance to express themselves and exacerbated issues of exclusion and identity, this thought-provoking event created a space for civic dialogue and social cohesion while highlighting artistic talent and different viewpoints.

In total, Derby Voice created seven artist commissions with young people outside of formal education; two are now enrolled at the University. Over 15 young student designers contributed to the process and 300 young people at risk of exclusion engaged with the project.

Rhiannon comments: “It is important not to lose sight of the fact that we are all citizens of the world, with social, moral, and ethical responsibilities. I am proud to work at a university that considers itself to be applied and civic, one that is committed to working with colleagues and students who actively want to be at the forefront of delivering the best possible research, innovation, and education for our community.

“Civically engaged projects enable innovation, collaboration, and partnerships to grow – and out of that comes new insights and opportunities. S.H.E.D. creates opportunities for people to talk about pertinent issues that need to be addressed and innovative approaches for public consultation. Through S.H.E.D we work with partners to co-create projects that highlight local talent and support our work around widening access and participation.”

Through the CUA, it is hoped that more projects like S.H.E.D will get underway which can be used to help tackle some of the challenges communities face.

Rhiannon adds: “There is an abundance of fantastic people, networks and organisations located in our city and county and I am keen to develop new ways of working with them to help address some of society’s greatest challenges; from isolation, poverty, and wellbeing, to access to education, arts and culture, and regenerating Derby as a place.

“I am excited for what can be achieved through the CUA but for it to be successful it will require everyone involved to be open minded and curious, to be willing to learn and to expect the unexpected and adapt. We will need to represent the voice of others and be as transparent and open as we can, inviting people into the conversation so we can work together to achieve our common vision and meet our goals.”

If you would like to be kept up to date with its progress, please email civic@derby.ac.uk.