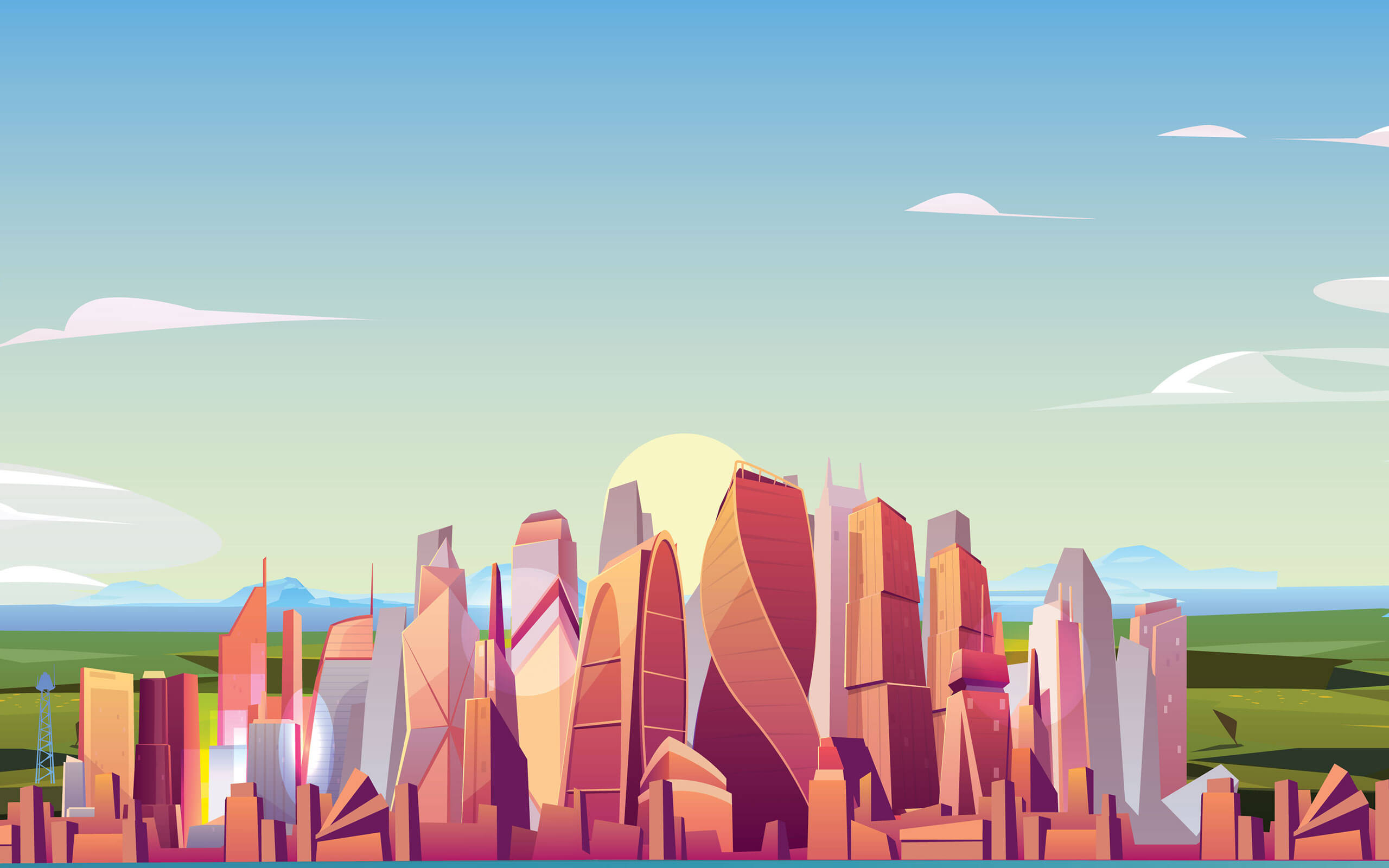 The rise of smart cities

The term ‘smart city’ is not a new concept. It was first coined in the late 20th century but, as the world’s cities continue to grow exponentially and energy consumption and carbon emissions rise with them, the ethos behind the smart city is more prominent than ever.

Do we really need smart cities? How can technology and data help enhance a city’s efficiency, sustainability and the welfare of its residents? Gemma Bradley investigates and asks: could Derby become one in the future?

What is a smart city?

“A smart city is an urban development vision with integrated information, communications and internet of things (IoT) technology which is also independent from fossil fuel based energy,” says Stamatis Zoras, Professor of Future Cities in the University of Derby’s College of Science and Engineering.

“The idea behind smart cities is to make people’s lives easier; to make it easier for visitors to experience cities, protect the environment, generate revenue and safeguard the economy.

“When people hear the term smart cities, they tend to think of advanced technology and energy working even harder to do things for us. It is about using technology in smarter ways and therefore being able to respond more quickly to new challenges.

“For example, technology works smarter for us in one of my research projects. I was able to improve human thermal comfort in hot environments and reduce building cooling demand in southern Europe. By covering urban surfaces including buildings, streets and pedestrian walkways with ‘cool materials’, for example, pavement blocks and bricks which have increased sunlight reflection abilities, I was able to reduce energy absorption and the emitted thermal energy which cools the air in contact with the surfaces. This kind of technique is known as passive technology, because no mechanical parts are involved. It’s smart because once the technology is implemented, we don’t have to do any more and the process manages itself.”

And there are more examples of where a smarter approach could be adopted. In many areas of the UK, including East London, electricity demand is close to exceeding existing grid capacity, which could soon become unmanageable during peak hours. The effects of this were shown as recently as August, when the UK experienced a massive power cut which affected homes, trains, airports, hospitals and traffic lights.

“Part of the problem we face with meeting energy supply and demand is that we have multiple operations, from large scale factories and transport systems, to smaller scale, like the fridges in our kitchens, taking energy from the same supplies at the same time," explains Professor Zoras.

“We need to find smart ways to manage applications and shift the peak time of day to avoid failure of the system, whether that is by purposefully switching off standby devices or automatically by central smart management systems. Then using smart systems to redirect energy where it is needed, for example by turning off fridges in a large number of buildings for 10 minutes intermittently. 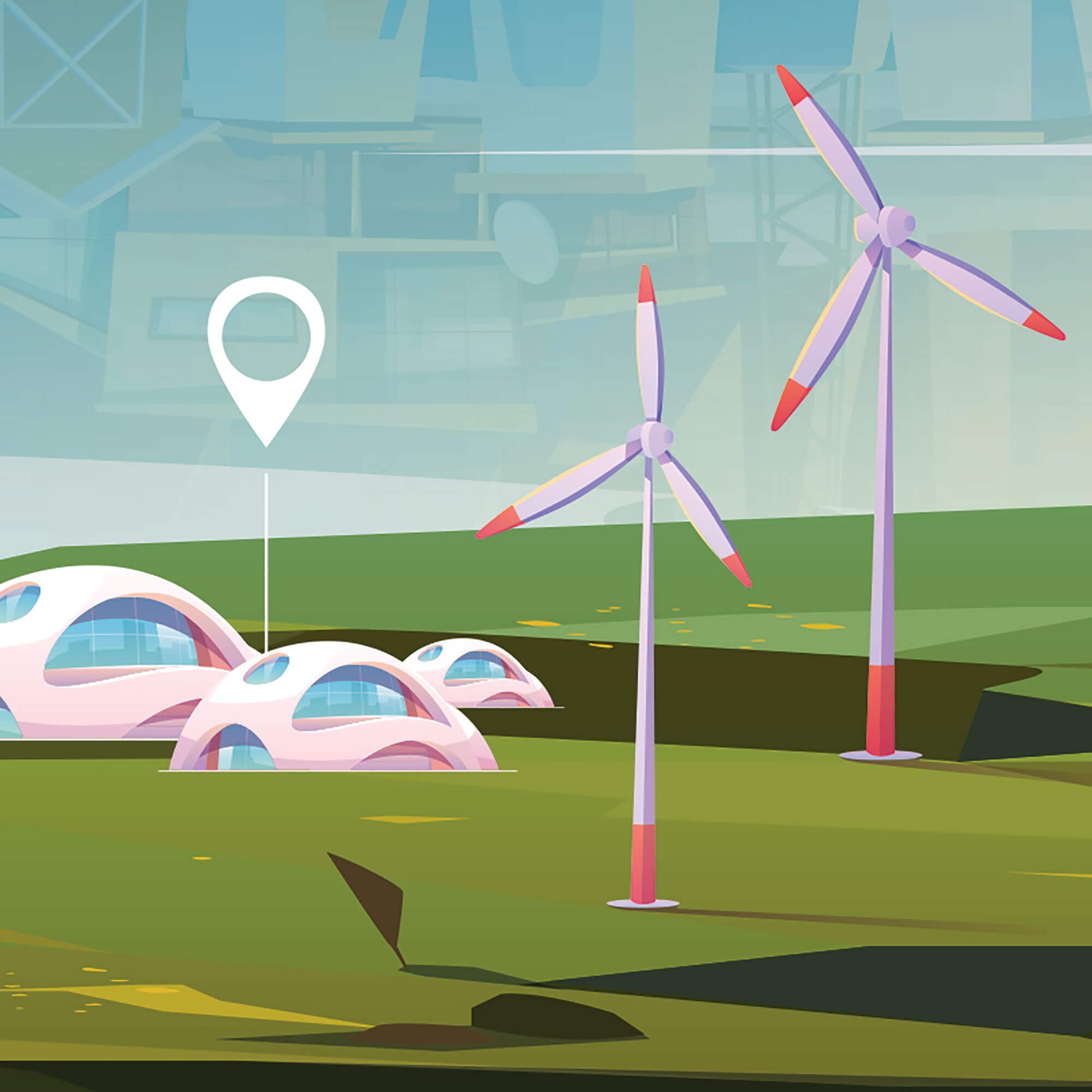 It is about using technology in smarter ways and therefore being able to respond more quickly to new challenges.

“Half of the energy consumed in the UK and the EU is devoted to the heating and cooling of buildings. This means that we could harvest energy from the building itself to be stored or redirected elsewhere in the building to provide power for smaller tasks, like charging a phone or powering the remote control to switch on the TV.

“The challenge we face in implementing these solutions is that our systems are not connected, so we cannot manage the demand effectively. In order for these processes to work, people would need to provide access to their homes and businesses for the collection of data, then we could understand the pressures on power stations to control, shape and manipulate the demand, and make using renewables less volatile, but there is some resistance to this.

“Data is key to designing and building smart cities but there remains some anxiety among the public about data collection and their privacy, especially when it is passed from source to source.”

Investment in systems and infrastructure

On top of the ethical and security challenges, there is the investment required to implement these systems and the infrastructure they require.

Since the Paris climate deal - a single agreement which unites all the world’s nations on tackling climate change was signed back in 2016, negotiations have been stifled by the cost. Similarly, when the government announced its new plans to tackle climate change by cutting greenhouse gas emissions in the UK to almost zero by 2050, the then Chancellor, Philip Hammond warned of a potential cost of £1 trillion by 2050.

“If we are to become zero carbon by 2050, we have to start managing demand and invest now,” says Professor Warren Manning, Pro Vice-Chancellor Dean of the College of Science and Engineering at the University of Derby.

“There are examples where smart systems are already working across the globe and in our own capital city, which the rest of the UK could look to implement.”

Top 10 smart cities in the world

London is the world’s ‘smartest’ city, according to the IESE Cities in Motion Index 2019, which ranks the most developed and sustainable cities across the globe. London achieved excellent results in almost all areas analysed by the IESE, including human capital and international outreach, but requires some improvement in the dimensions of social cohesion and the environment.

Using electric vehicles, vehicle-to-grid charging and recycled batteries, car manufacturer Renault is working to turn the Portuguese island of Porto Santo into a ‘Smart Island’. The island’s electric cars essentially communicate with the power grid to return electricity from the car to the grid when they are not in use so it can be used to power people’s homes during spikes in demand.

On a smaller scale, in Barcelona, some street bins have been fitted with sensors to communicate how full they are so that waste collection can be done when needed, as opposed to on set days each week when it might not be necessary, which has led to a reduction in the resources and time needed.

Professor Manning adds: “The UK is making steps in the right direction. It was announced in October by Carbon Brief, a website covering the latest developments in climate science, climate policy and energy policy, that electricity from British windfarms, solar panels and renewable biomass plants provided more electricity to UK homes and businesses than fossil fuels for the first time since the UK’s first power plant opened in 1882 – but this is just the beginning of the work that needs to be done.

“In our region, we are renowned for manufacturing cars, planes and trains but these are dependent on burning fuel and they emit and waste large amounts of carbon. The goal is to stop burning fuel and move to electric, safely and reliably.

"We must ensure that flight is safe and people don’t suffer ‘range anxiety’ with electric cars as the battery supply varies with weather, light and road conditions.

“The need for change and the case for Derby to become a smart city is there, but there are societal and economic challenges to overcome.

"What is the business case for investing in this technology? What is the return on investment for making changes and how are decisions steered by policy and regulations?”

In May 2019, Derby City Council declared a Climate Emergency, stating that “the task is monumental but, to help in safeguarding our planet, it is necessary”.

The importance of the task is clear. The future of the city’s economic prosperity and environmental sustainability is dependent on how it is designed, built and managed in the future.

John Forkin is Managing Director of Marketing Derby, a public-private sector-backed organisation that works to attract new investment to Derby and Derbyshire.

“It is a technological imperative that all cities are going to have to embrace the use of smart technology in their planning and future development,” he says. “Today, Derby certainly has a smart economy – in the sense of companies who are operating at the edge of technological invention and innovation, in sectors such as aerospace, nuclear, rail and big data.

“At the same time, however, we need to be honest and say that Derby has a long way to go before it can be described as a smart city and, in this sense, the broader evolution of the place needs to catch up with its economy.”

Professor Manning continues: “We have the technologies needed to make Derby a smarter city but we do not implement them. Why not? We know how to build zero carbon buildings, we have security measures, such as Blockchain, available to protect data but, up to now, people have not been required to use this type of technology.

“With diminishing natural resources and a need to save energy, people are starting to realise there needs to be a change, but there is little governance that commands it. We need political leadership to ensure regulations require this type of technology to be used which will, in turn, ensure these smart environments are created.”