The psychology behind the Game of Thrones phenomenon

Why is Game of Thrones so popular? Why did the final season cause lots of anger from some fans? Why are some fans so devastated that the show has ended? Ruth Sims, Lecturer in Psychology at the University of Derby, explores how psychology can shine a light on some of these questions.

Game of Thrones is not the only TV show to have gained a huge following and to have lasted for many years, or to cause mixed reactions when they end. The Sopranos caused a similar reaction when it ended after six seasons, back in 2007.

So, why do people get so hooked on these shows? The finale of Game of Thrones, after 10 years and eight seasons, was shown on Sunday 14 April this year, and watched on HBO by 19.3 million people.

The psychology of storytelling

Storytelling has been a part of human life since humans first evolved – pre-writing, it was the only way to pass on information to other people. Research has uncovered how stories shape our brains and create bonds that link us to strangers (increasingly so through social media).

Analysis has shown that the ‘hero’s journey’ story is the foundation for more than half of Hollywood films and many books. Game of Thrones introduced multiple (potential) heroes, as well as some suitably complex villains, a recognisable ‘medieval’ world of knights, castles, sumptuous costumes and the poor living in squalor. It introduced us to a world with a rich history and mystery (the Children of the Forest, and what did happen to Valyria?), new threats (the White Walkers and the Night King), and a country encompassing permanent snow and ice to the north and Mediterranean-style sun in the south. There were family feuds, sex, murder, lying and intrigue, all found in many classic stories. Twin incest is probably less common but added an additional twist.

But, the trump-card was of course DRAGONS! Dragons are one of the most universal of mythical creatures, thought to have been imagined as a result of different cultures trying to explain the terror and fear surrounding seeing comets passing close to Earth, or seeing aurora effects. So, the introduction of dragons was always going to make the show popular.

To keep interest in a story, the story needs to keep changing the tension, and we need to build an emotional connection with at least some of the characters. Having such a large cast of characters, and switching focus between them and their individual/collective stories, Game of Thrones kept that tension and enabled people to identify at least one person that they felt an emotional connection with.

With the rise of ‘reality’ TV (which is often part-scripted) are we losing touch with the nature of stories? Reality TV typically does not have an over-arching story line; the ‘plot’ can change with each episode, and there never needs to be an end point because there’s no story to conclude. Has that made it harder for us to accept that more traditional stories do end, and that the ending might not be what we expected/wanted?

Also, well-publicised occasions where social media campaigns have seen axed programmes ‘saved’ by other networks (for example Lucifer, cancelled by Fox and picked up by Netflix after a huge campaign), could increase the pressure from some fans to do the same for their favourite programme.

Do people feel more entitled these days, making them believe they should have some say in how or when their favourite shows end? Psychological entitlement is defined as the general belief that one deserves more or is entitled to more, reflecting the idea that when someone contributes to something, they should get something back in return.

This can be clearly seen in some of the social media reaction from fans who disliked the final season, and the finale itself. Comments along the lines of ‘there wouldn’t be a show without the fans’, ‘we paid their wages so they should have given us the ending we wanted’, and going so far as an online petition to get the final season remade. However, of course there is no agreement on what ending would please the unhappy fans, and it’s likely that no ending would have pleased everyone.

Social media has also meant that fans around the world have been able to share their ideas for plot lines and character progression, and form groups of people who share similar views. This idea of ‘belonging’ is very strong in psychological terms, and social media can facilitate this. This can also influence what is called ‘in-group bias’ – we tend to prefer people with similar views (people in ‘our’ group) and be biased against those with opposing ideas (the ‘out-group’). This might have contributed to some of the vitriol targeted at the writers of the final season, as they clearly had different ideas to some fans.

Dealing with grief and loss

What about those people suffering withdrawal symptoms and feeling bereft that the show has ended? The Kϋbler-Ross model is more commonly known as the stages of grief model. These indicate that a person starts with shock and denial (‘it can’t really be the end!’), pain and guilt, anger and bargaining (which could include the petition to have the final season re-shot), sadness, reflection and loneliness, then moving on to feeling more positive, working through the feelings and then accepting it and feeling more hopeful for the future.

Upset fans may well still be in the earlier stages, with social media posts along the lines of ‘I’m heartbroken that it’s over’ reflecting that experience. What can distraught fans (and maybe some of the angry ones) do to help them get to acceptance and hope? There are many fan fiction sites so fans can continue the stories either by reading what other people write about what might happen next, or by writing their own stories. There is talk of some spin-off shows, following some of the characters as they move on to new things. Fans could start watching again from the very beginning, and watch with a new view as they might notice things that inform the ending that they didn’t notice before.

Or they could read the books, by George R.R. Martin – the TV show diverged from the books quite considerably, and the book story has yet to be finished, so the ending could be quite different or reached in a very different way. As with all adaptations of books, the books also contain lots more detail of characters and events than could be covered in the show, so could provide a good alternative for fans. Ultimately though, I confess that I enjoyed the final season and the finale – the show started with the Stark family, focused on them throughout, so it was fitting that it ended with them too. But hey, I’m just one fan, what do I know? 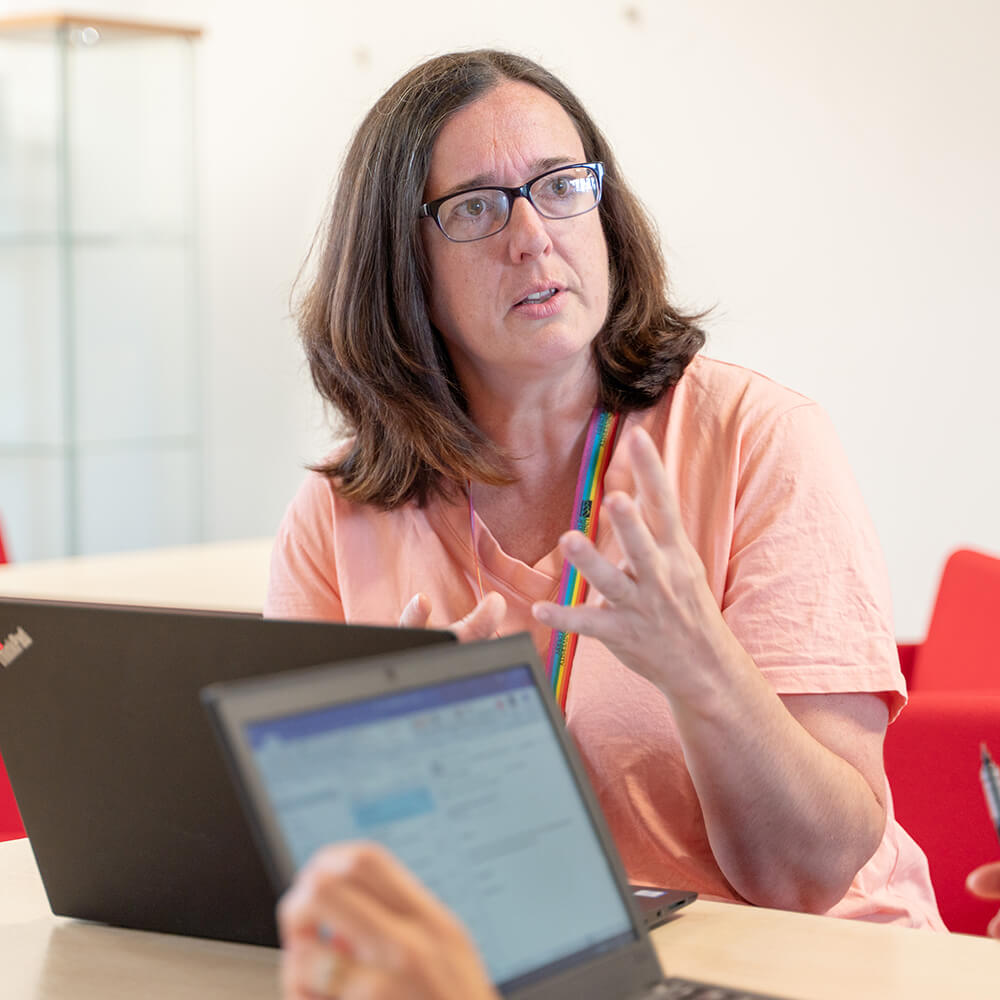 Dr Ruth Sims is a senior lecturer in psychology and ergonomics, teaching on-campus psychology, blended-learning, and online ergonomics. She has 20 years experience as a researcher and has now been teaching for over 7 years. Her interests are varied and include social and developmental psychology, companion animals, behaviour change, design ergonomics and cognitive ergonomics.