The games we play in lockdown

As we enter an extended period of lockdown many of us are looking for ways to entertain ourselves and our families at home. Here Dr Ian Turner, Professor at the University of Derby, asks if you have considered playing games, or even making one?

Games have deep rooted traditions in many households the world over. Classic childhood games like Ludo and Snakes & Ladders can be traced all the way back to the late 19th century in India when precursors of these games were played by army troops. Family favourites such as Monopoly, Cluedo and Scrabble have long histories with millions of copies and multiple editions sold annually. But why are games such a common pastime?

Playing games is fun and still incredibly popular, it may surprise you to know in the digital world that the board game market is worth £8 billion per year. Having fun playing board games may even have mental health benefits. Fun, and more specifically laughing, is reported to promote the release of endorphins, the so called 'happiness' hormone. There are other benefits to playing games. Though it may not seem so when getting 'sent to jail' again, games can strengthen the family bond. Connecting over a game is great way to connect away from the pressures of work and home-schooling. It's a good idea to switch off mobile phones and turn off the news on the TV. Games have also been reported to reduce stress levels if they are used as part of an unwinding activity (though I guess that depends how competitive you are!). Finally, though hard to definitively test, boardgames are thought to have ancillary benefits in memory skills, reaction times and a range of cognitive skills.

What happens if you do not have any games?

A fun thing to do for young and old alike might be to make your own game. You really do not need much beyond some paper or card, pens and some dice (numbered paper drawn out of bag works just as well if you don't have dice), and some counters, coins and crafty materials will also come in handy.

I like to use and make games for teaching students so thought it would be useful to share our adaptions of Mark Rosewater's ten tips for making a good game.

I hope you have fun playing games and would love to see and hear about your creations on Twitter. Tag @DocWithTheSocs. 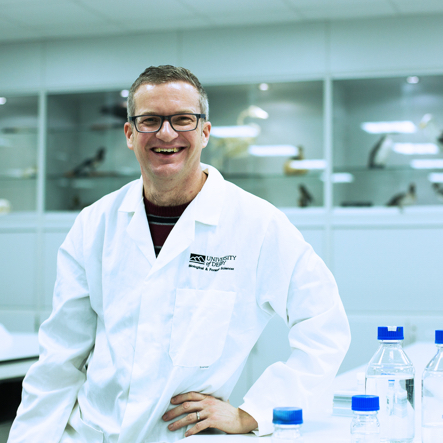 As an Associate Professor in Teaching and Learning, Dr Turner supports teams and individuals across the University with their learning, teaching and assessment activities. He also teaches on biology and forensic science courses and has won external recognition for being an outstanding teacher.