Peatlands are incredibly important ecosystems with the potential to store huge amounts of carbon, but their value is only now starting to be recognised. Here, Dr Kirsten Lees, Early Career Academic in Zero Carbon at the University of Derby explains why we need to work with the natural world and think carefully about how we manage landscapes into the future in order to mitigate the climate crisis.

In order to mitigate the climate crisis, global emissions of greenhouse gases (GHGs) need to be reduced. This is a complex task, because emissions aren’t only from our cars and our power stations, they’re also a product of how we deal with our rubbish, what fertilisers we’re putting on fields, and how efficient our fridges are, for example.

For a long time people thought that the UK landscape was a net sink of GHGs – it absorbed more than it was emitting – but then we realised that there was a big forgotten factor in the way the calculations were being made. The forgotten factor was peatlands.

Peatlands are highly organic soils that hold a huge amount of carbon locked up in the ground. A healthy peatland is a carbon sink, but many of our peatlands in the UK aren’t very healthy, and so they are carbon sources. When these peatlands were included in our GHG accounting, we realised that our landscape is overall a source of GHG emissions.

How does GHG accounting work?

The nations that will be attending COP26 are members of a group known as the United Nations Framework Convention on Climate Change (UNFCCC). The members of this group have committed to acting on the climate crisis by reducing their emissions and have agreed to report their total GHG budget on a regular basis. This is a complex exercise based on five different sectors:

Out of these five sectors, LULUCF is the only one that can be an overall sink for GHGs, because these gases can be absorbed by trees and other plants. This is why planting trees is seen as one of the ways we can mitigate the climate crisis. Peatlands are now part of this LULUCF category.

Why are peatlands important?

In most ecosystems, plants take up carbon through photosynthesis over their lifetimes, but when they die they decompose and that carbon returns to the atmosphere. In a peatland, the ground is waterlogged, which means that the microorganisms that cause decomposition can’t function very well.

When plants die in a peatland, the carbon isn’t released to the atmosphere through decomposition, but is instead stored in the ground. Some peatlands can be up to 10m thick and can store massive amounts of carbon. In Scotland, for example, peatlands cover 24% of the land area, but store 56% of soil carbon .

When peatlands are healthy they will continue to absorb carbon and store it in the ground. But over hundreds of years we have damaged our peatlands by draining them, overgrazing, and polluting them. When a peatland is damaged, all the carbon stored in it that has been absorbed over millennia starts to be emitted.

Why were they forgotten?

Saying that peatlands were forgotten is only partly true. It’s more accurate to say that we knew peatlands were important, but we had no way of accurately assessing which peatlands were healthy and which were damaged, and how much carbon and other GHGs they were absorbing or emitting.

Recent scientific advances, measuring emissions and mapping site conditions, have given us a much better picture of the state of UK peatlands. When this was included in the LULUCF accounting, it turned this sector from a GHG sink of approx. -10 Mt CO2 equivalent, to a source of +6 Mt CO2 equivalent. That change is equivalent to putting an extra 3.5 million cars on the road this year. Clearly, this was a big factor to forget!

Below is the graph of LULUCF accounting, showing the change from an increasing sink to a source with the inclusion of peatlands in the 2019 data. Data 1990-2017 are from UK’s Fourth Biennial Report, datapoint 2019 is from the 2021 National Inventory Report.

So what can we do about it?

The good news is that now we know how much of a problem this is, we can do something about it. Damaged peatlands can be restored to a more natural state, and hopefully turned into a GHG sink. There are dedicated teams of people across the UK who are working to block drainage ditches and plant key species, so that the peatlands can be healthy once again.

As individuals, we can help to protect the peatlands by not buying peat compost (digging up peat for compost means destroying the ecosystem and releasing the carbon), and by learning more about our local peatland areas, such as the Peak District near Derby.

Find out more about peatlands, and why they are important for mitigating the climate crisis. 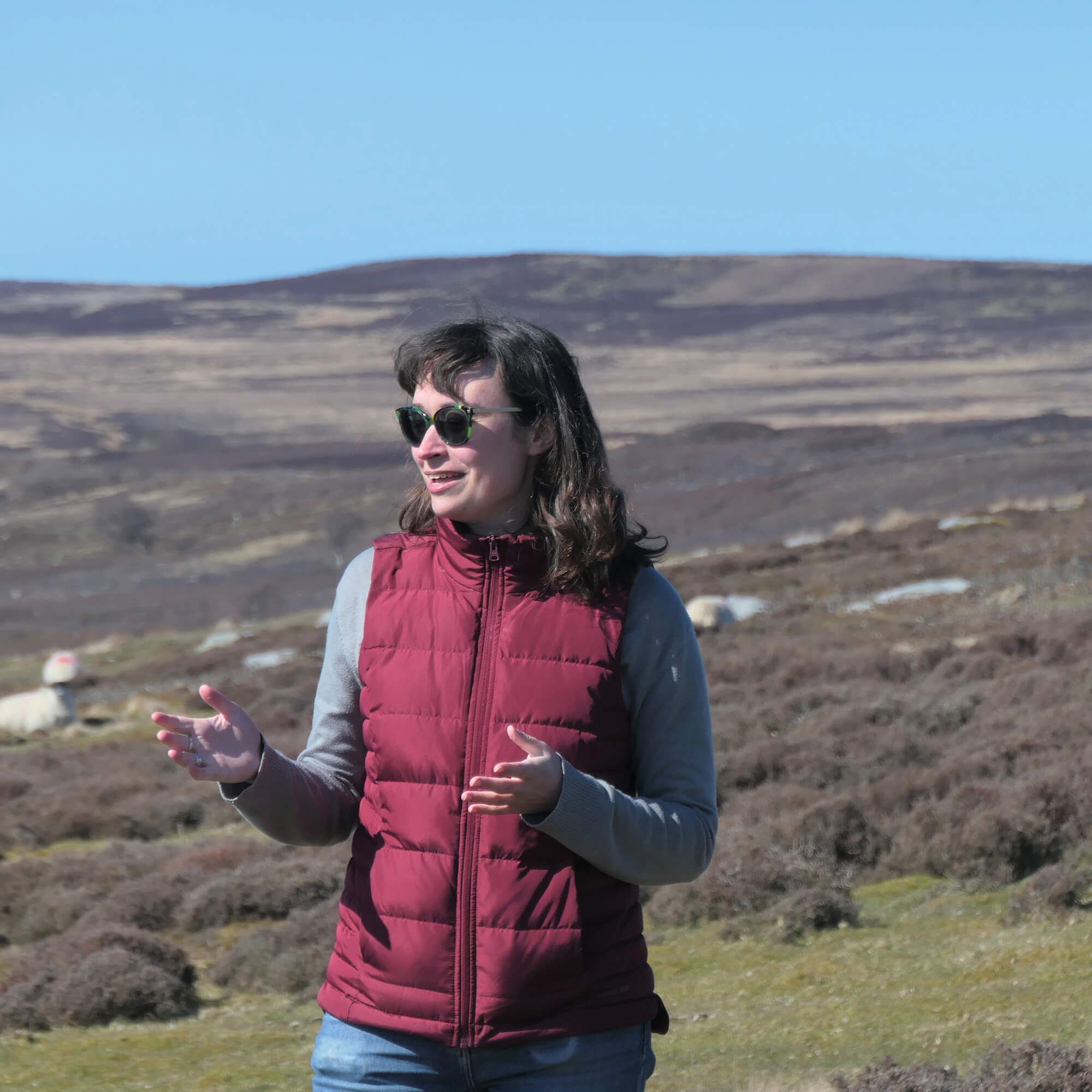 I am an Early Career Academic working on the low carbon theme at the University of Derby. My research uses satellite data to study ecosystem function and resilience, with a focus on peatlands.