LGBT+ History Month is an annual celebration that provides education and insight into the issues people from LGBT+ communities face. It is also a time to remember the achievements of LGBT+ communities and individual pioneers. Sarah Barley-McMullen, Diversity and Inclusion Lead at the University of Derby, writes about what this month’s celebration means to her as an educator.

LGBT+ History Month runs throughout February and at the University of Derby we will be seeking to raise the visibility of people from LGBT+ communities and offer an opportunity for Allies to openly show their support and solidarity.

One of the most impactful ways in which the University demonstrates its support for LGBT+ is by displaying rainbow flags in prominent places around each site in addition to the rainbow lanyards and badges that staff and students already wear.

As a University we have a platform and a responsibility to use our voices for the good of as many people as we are able. It is therefore crucial the staff and students at the University actively begin and continue the vital conversations of inclusion and belonging with each other.

To understand how we must go forward, it's important to look at the past.

One of the themes of this year's LGBT+ History Month is 'Outing the past: What have we learned?' With this in mind, I'm revisiting the implementation of Section 28 of the Local Government Act, 1988.

Section 28 was a piece of legislation introduced by Margaret Thatcher's Conservative Government in 1988, which stated that Local Authorities were not allowed to, "intentionally promote homosexuality or publish material with the intention of promoting homosexuality".

It was enforced at the same time as the media panic around HIV and AIDS, and it contributed to the damage and pain experienced by the LGBT+ community.

The impact of this Act led to the elimination of visible LGBT+ people and LGBT+ history from educational environments. This was done by silencing teachers and leaving many children and young people without the support they needed to explore the intersections of their identity, in a safe place with trusted professionals.

Little guidance was given to professionals on how to implement the Act and consequently a culture of fear developed among professionals working with children and young people.

The fear was so real that even homophobic bullying and harassment often went unchallenged. In the end many young people could neither be open about nor accept their own sexuality. In essence, the Act eroded confidence, crushed identity and silenced everyone in education from discussing the lives and issues of LGBT+ people for years.

Following the implementation of the Act, a bold fightback by the LGBT communities, campaigners, charities and educationalists ensued.

This included abseiling into the House of Commons and also attempting to hijack a live BBC news broadcast.

The Act finally left the statute books throughout the UK in 2003 (2000 in Scotland).

Fear began to change to hope with the emergence of the Equality Act (DfE, 2010), as this set out rights and protections which offered a vehicle through which discrimination could be challenged legally. However, only vague guidance was offered on what needed to be discussed, as well as helpful ways issues could be approached and discussed in educational environments.

This has played into the hands of the uninformed, the indifferent and the unapologetic homophobes, and meant that formal discussions around LGBT+ rights and lives have been rare in education, and homophobic and transphobic bullying has continued to go experienced and unchallenged by children, young people and staff in Local Authorities and schools today.

We know that the make-up of a family does not depend on race, disability, faith, gender or sexuality, it depends on who you love and how you love each other.

Relationship and sex education will include respect for people who identify as Lesbian, Gay and Bi-sexual + as well as all gender identities. Children and young people need to hear and see this in their educational environments. On a worldwide scale, we all need to hear and see representations of LGBT+ lives in communities and society, we all need role models and allies in our lives.

So, what have we learned by outing the past? That there is no excuse for being a bystander when it comes to any form of discrimination. At the University of Derby, we take this seriously and this is why we celebrate all our staff and students every month. 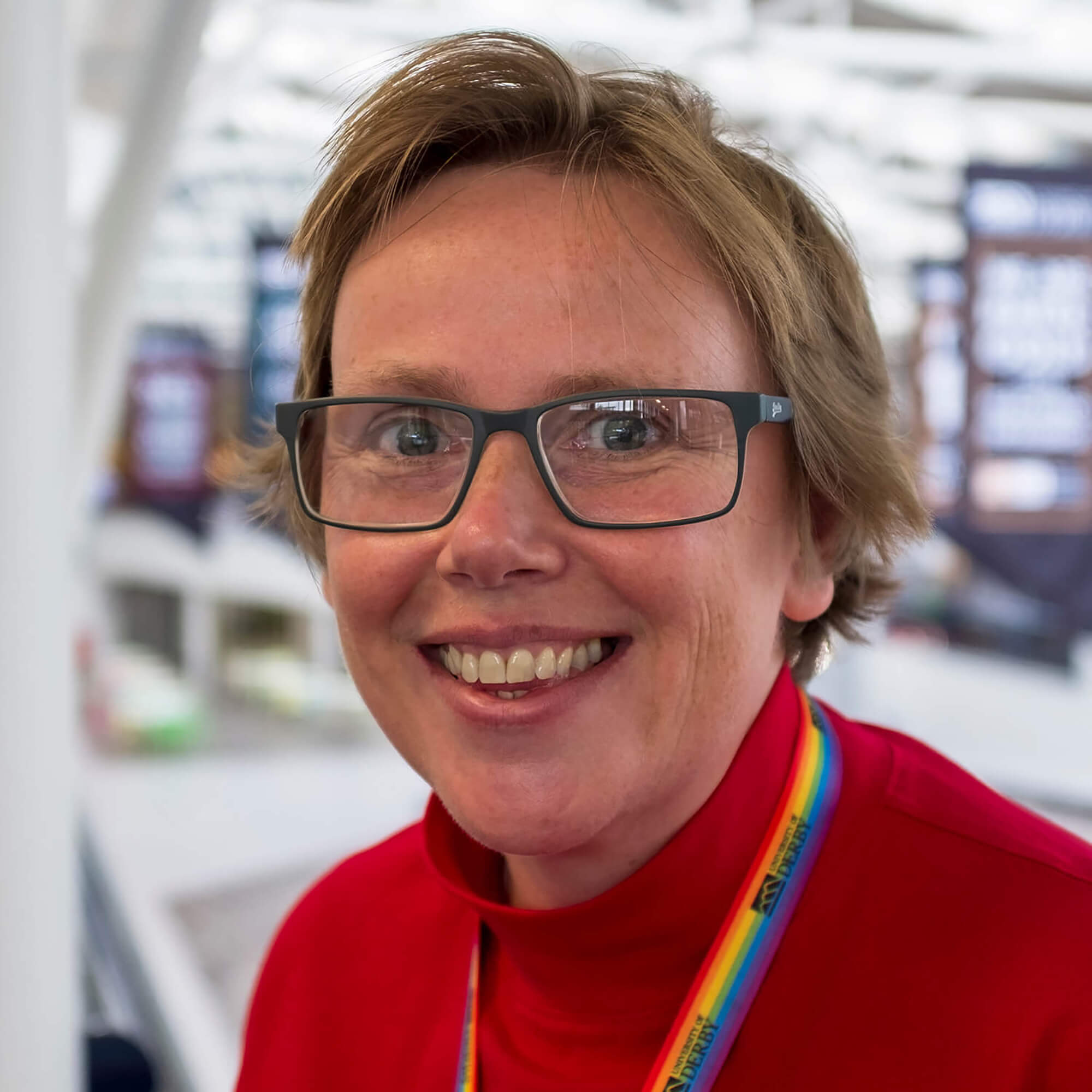 Sarah was the Academic Lead for Inclusion in EDIW, the Programme Lead and Senior Lecturer for BA (Hons) Youth Work and Community Development and BA (Hons) Working with Young People and Communities. She was also Chair of the LGBTQ+Allies Staff Network and a Change Champion for the University.