As Associate Professor at the University of Derby, Dr David Elliott has extensive multidisciplinary experience researching how microbes impact upon our lives and environment. Here he examines how far the latest Budget will go to advance environmental sustainability in the UK.

It's just over a week since the Chancellor of the Exchequer Rishi Sunak unleashed his ambitious 'spending spree' budget, marking an end to austerity as a UK economic policy. Instead there will be investment fuelled by borrowing, which is no doubt expected to pay for itself, at least in part, by stimulating economic activity and efficiency improvements too.

Spending borrowed money to stimulate the economy does make some sense but it poses significant risks to nature and the environment because people will be empowered to exploit natural resources more when not constrained by resource availability (cash, materials, fuel etc.)

Road building is a case in point - gifted £27 billion in this budget, claiming to be "the largest ever investment in English strategic roads". This is part of around a £640 billion committed to infrastructure spending which is described in a section of the budget entitled "Levelling up and getting Britain building".

By contrast, all of the spending for the environment and sustainability described in the budget preamble is measured in millions, not billions - although it will presumably add up to billions and there are some "green" provisions built-in to many of the different sections of the budget.

A well-publicised election pledge, and one which all the parties were squabbling over, was that of planting trees, so this had to be in the budget. And it is, but it is rolled up with peatland restoration, so it is a bit unclear how much is actually provided for trees:

The actual number of trees or amount of peatland is not mentioned in the budget document, nor is the balance of money between these things. Some further information was announced on the HM Treasury twitter account though, stating that over the next five years, we will plant around 30,000 hectares of trees - that's a forest larger than Birmingham - and restore 35,000 hectares of peatland.

So how is this going to work out then? Here are some indicative numbers which assume the money will be equally split among peatlands and tree planting:

There is also the slightly worrying possibility that the government is hoping to kill two birds with one stone by planting trees on peatlands. While there may be a case for that in places, it needs to be done with proper scientific and ecological consideration.

One of the key reasons why peatlands need to be protected is because they store vast amounts of carbon - in fact they sequester (absorb) carbon dioxide out of the air and this is beneficial in terms of our commitments to reduce greenhouse gases in the atmosphere.

Trees also sequester carbon dioxide in the same way, but if you plant trees on peat bogs then they can draw up so much water that the peat becomes dry causing the peat to emit carbon dioxide instead of absorbing it. It's one thing planting trees, and you could plant them anywhere to meet an election pledge, but it needs to be done right and I am not convinced that £8 per tree is going to deliver that. The right trees need to be put in the right places, and they need to survive a long time in order to deliver the benefits we want from them - especially carbon storage and biodiversity enhancement.

Less obvious than trees to the electorate, peatlands are a really important part of the UK landscape and it is good to see them get a mention in the budget. Peat is a natural kind of soil typically produced in delicate upland areas which are highly sensitive to pollution and disturbance. It takes thousands of years to build up into the layers we see today, and as such peat (and all soil) is regarded as a 'non-renewable resource'.

Natural England made a map of peatlands in England, which they totalled at 14,185 km2. This is 11 % of the land area or 1,418,500 hectares. Of this only 1 per cent (14,185 hectares) is recognised as undamaged although about 30 per cent supports semi natural vegetation. A later report from the Office for National Statistics evaluated peatlands as covering 12% of the UK land area (2,962,626 hectares) and providing a quarter of drinking water supplies. In this report they estimate the cost of restoring 100 % of peatlands between £8 - 22billion! Considerably less than this budget has committed to road building. Although it sounds a lot, the analysis found that the carbon emissions benefits of doing that restoration would be worth much more than the expenditure (5 to 10-fold). I wonder what is the projected benefit of the road building and other infrastructure spending, and how this would compare with peatland restoration works?

The International Union for Conservation of Nature (IUCN) estimates that 80 % of UK peatlands are degraded (i.e. about 2,370,101 hectares, which would allow the Budget spend to target about 1.5 % of this land). Whichever way you look at it, the proposed target for restoring 35,000 hectares of peatland is a tiny fraction of the degraded peat in the UK. The money allocated for this is small compared to what the ONS analysis suggests is needed, and miniscule compared to the overall budget announcement.

Nevertheless, this is still a lot of land and a lot of money. If the restoration is well targeted, then it could be immensely beneficial in terms of biodiversity, carbon storage, and flood resilience. It is important for restoration works to be grounded in good scientific understanding of the landscape to ensure this is delivered. However, I think a higher level of ambition is really needed if we are to effectively tackle problems of biodiversity loss, climate change, and environmental sustainability facing the country and the whole world. I am imagining a different world where soil is valued more highly than concrete. 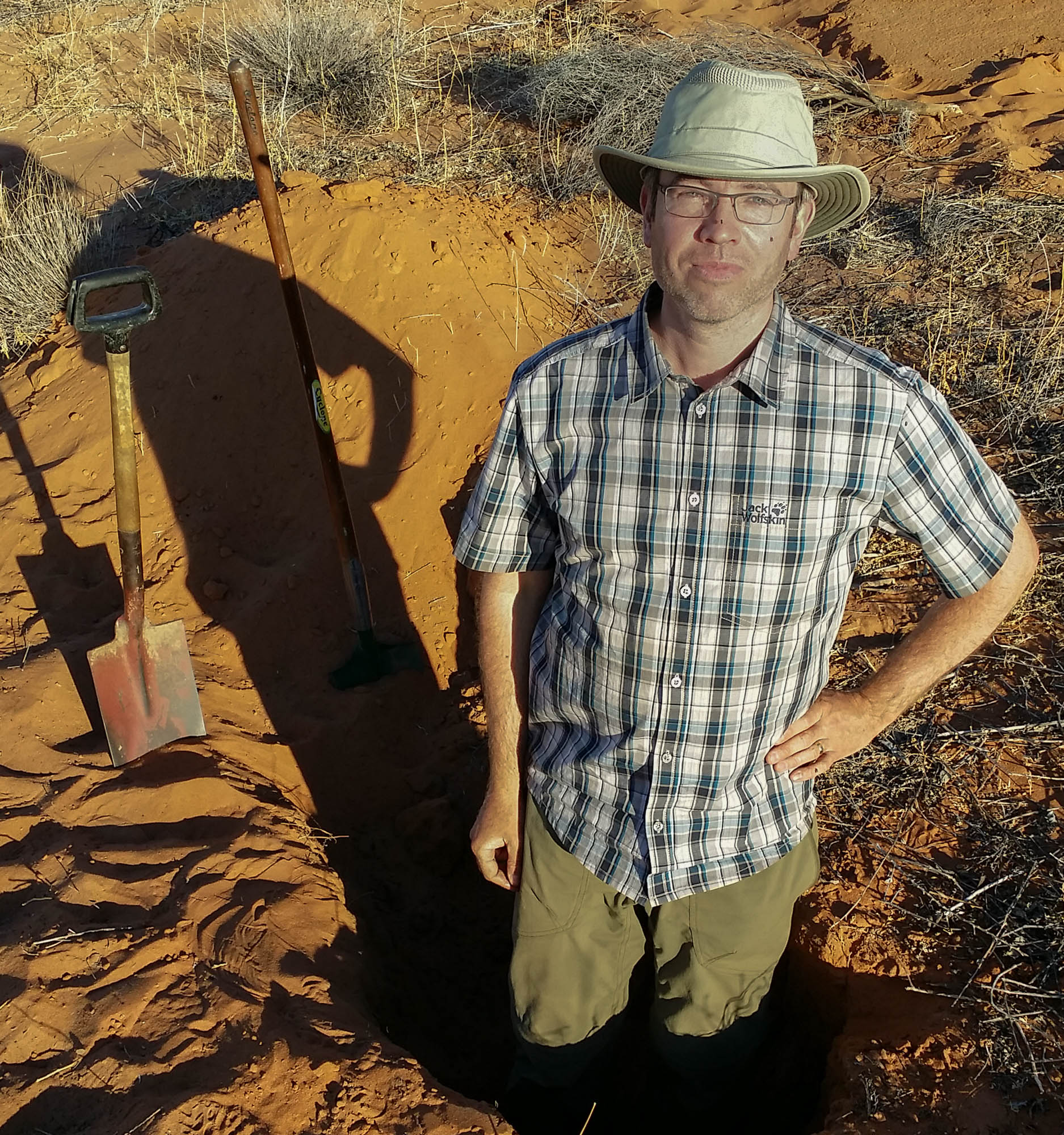 Dr. David Elliott is a microbial ecologist specialising in the roles of microbes in low productivity soils including drylands and the cryosphere. He leads the BSc (hons) Biology programme and teaches a variety of topics in Human and Environmental Sciences.